Posted at 15:33h in Collectibles, Conventions, Wigs by Raya 0 Comments Hi everyone, this will be the last post about Vienna Comic Con 2015. Yes, finally! In fact, this post won’t be about the convention, in particular, but about all the stuff we bought or got while our visit. We didn’t buy that much because we had a more or less fixed and tight budget to spend on goods, but we got some nice things, which I’ll show you now

I’ve been heavily in love with Funko’s cute vinyl chibi figures called Pop! for a long time already, but never really had the money to buy one. So for VIECC I planned on keeping my eyes open for some favorites. On Saturday, we had to check all the shops first: Each one had other Pop!s in stock and other prices (from €13 to up over €20 each). We decided to get a Handsome Jack and a Mad Moxxi from Borderlands because we’re both big Borderlands fans (my Borderlands 2 play time is 169 hours and 31 more hours for The Pre-Sequel!).

On Sunday, I wanted to get a Marvel Loki, which I’ve seen the day before, but I couldn’t find it anymore. I think it was actually sold, so I just bought a Thor instead. I thought I can also buy it a Loki later again and then he wouldn’t be so lonely without his brother. Tom got a funny RoboCop for his workplace and he immediately had to take it with him on Monday, so I couldn’t take any pictures on it in natural light anymore. Here are some photos of all our Pop!s: 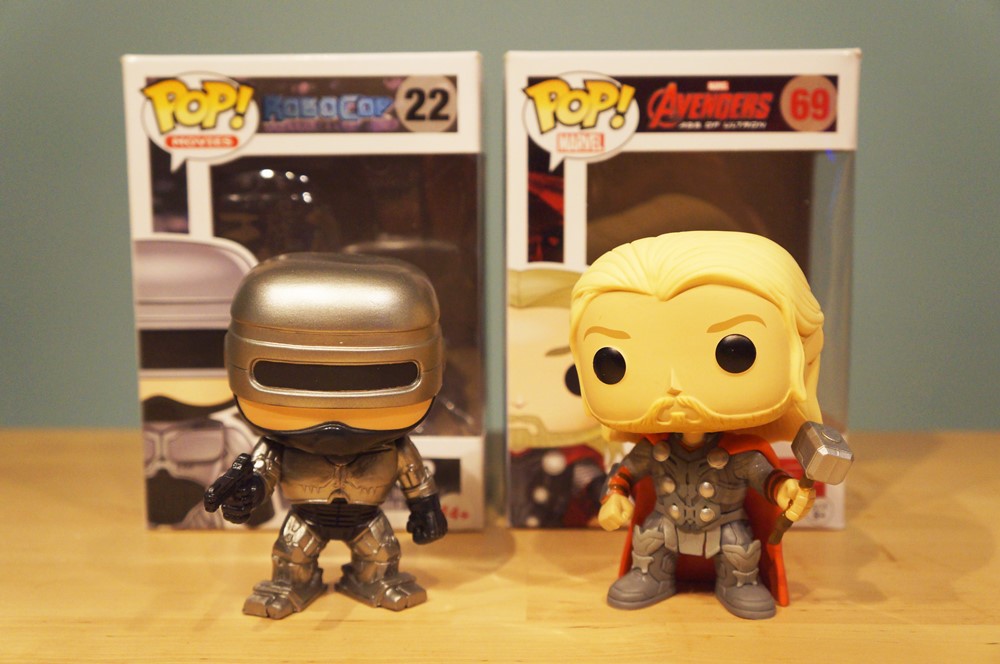 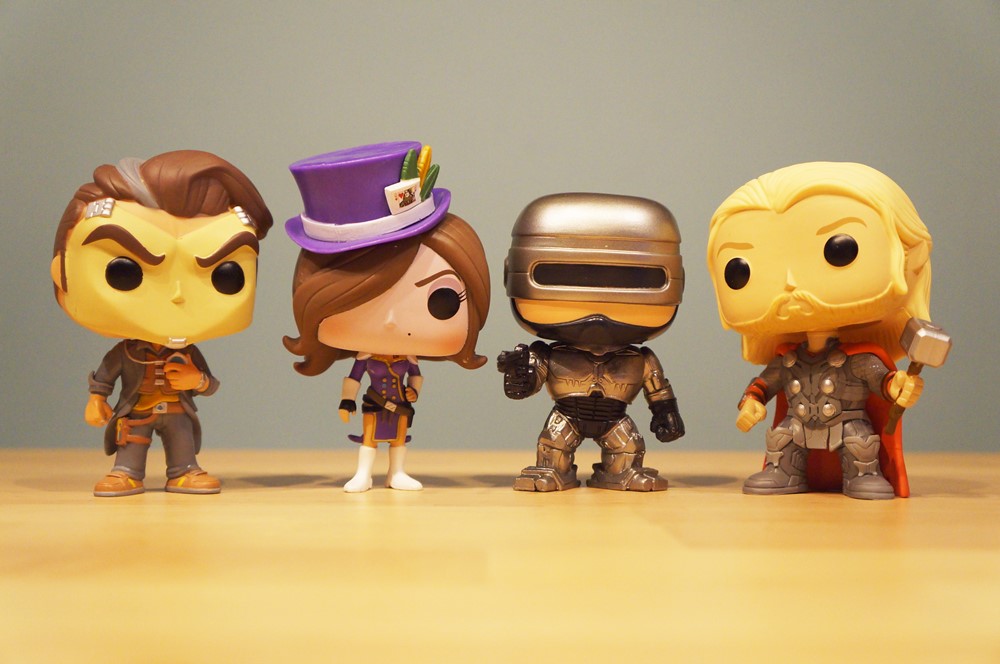 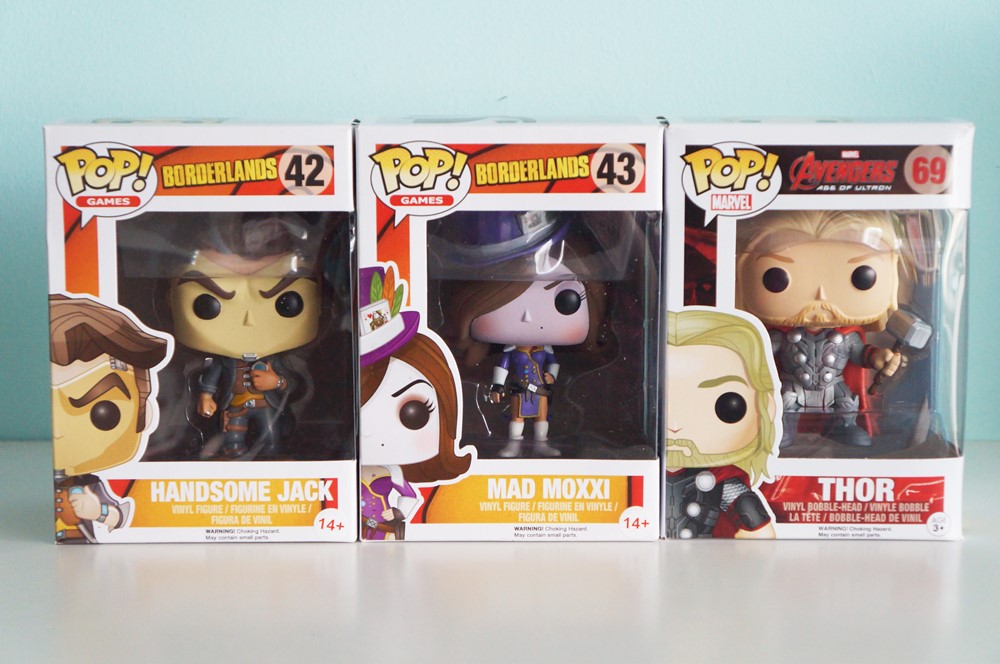 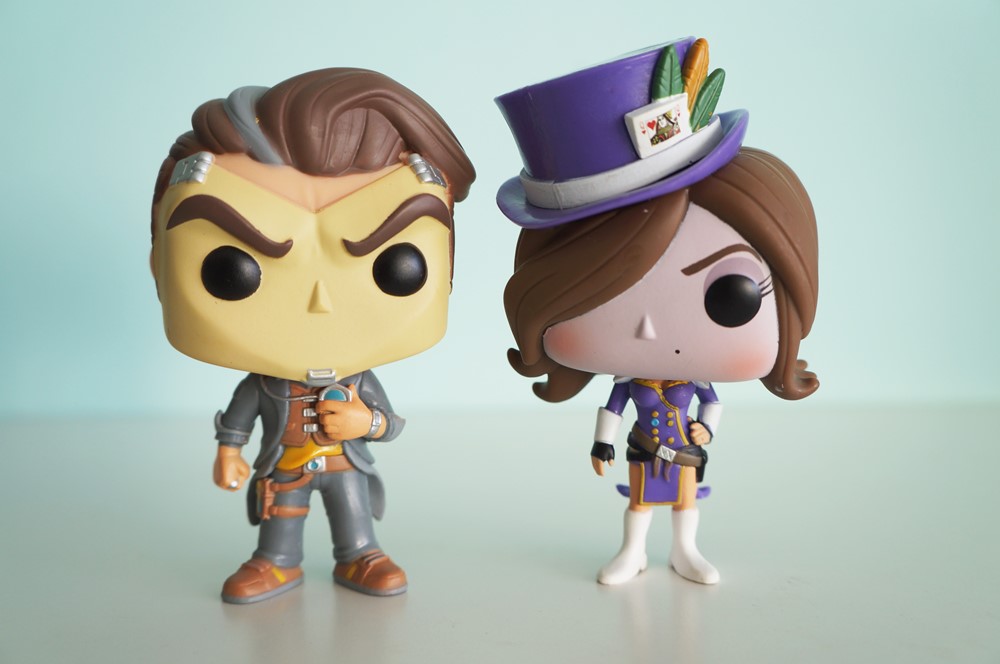 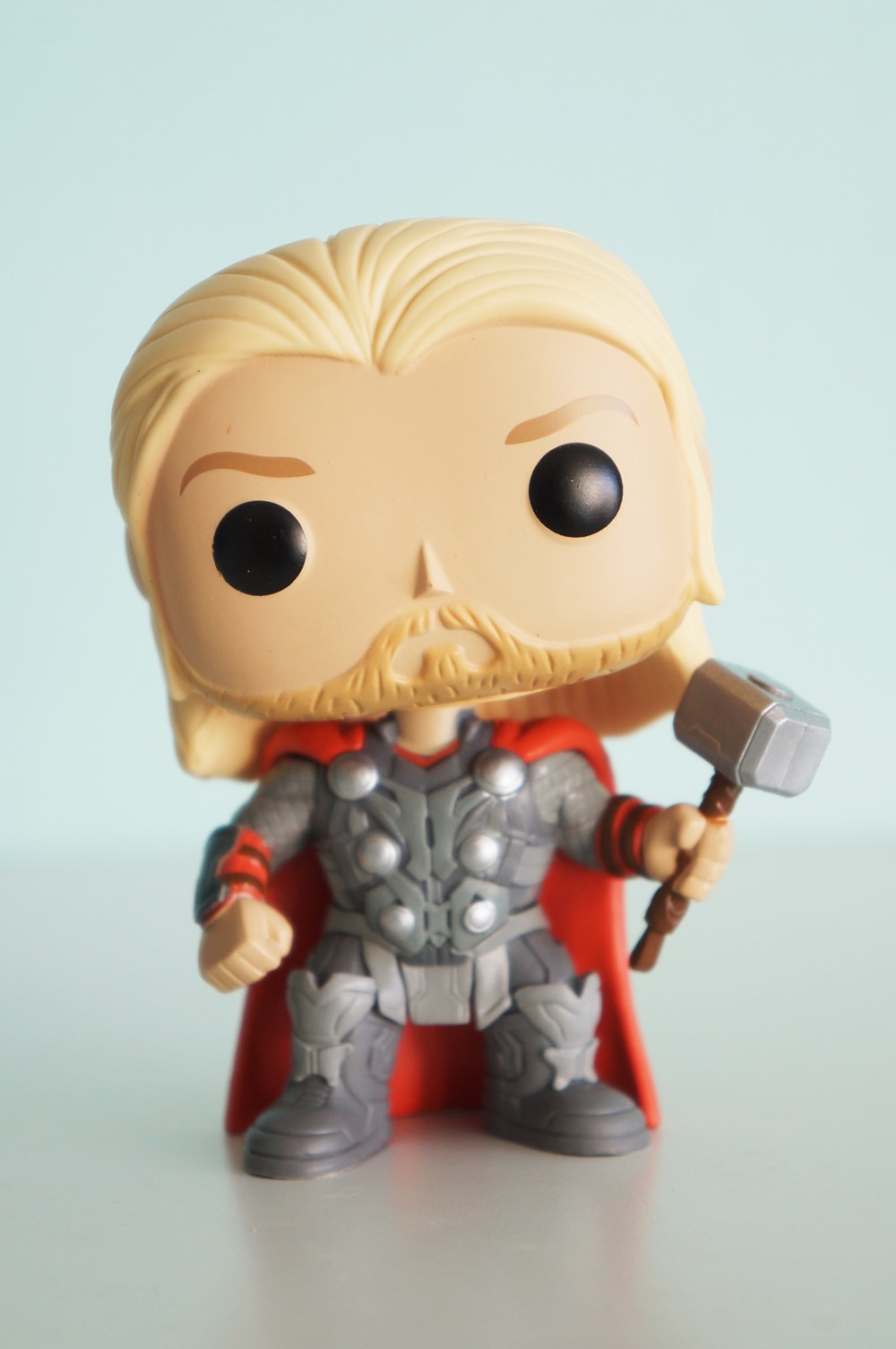 When I unpacked my Thor, I found out, that he’s, in fact, a bobble-head figure:

A little bit scary, isn’t it? But I think all bobble-heads are like this ^,^°… I just had to make to gif out of that!

I also got a new wig (as always, haha!). I wanted to get a new color and chose a light pastel green curly wig. At the convention hall, it looked much more green, but when I went home it was much more like a sea-green, really similar to my Sony Xperia Z3 compact. After I watched some cosplay videos this week, I realized that this wig would be perfect to cosplay Terra/Tina from Final Fantasy VI! 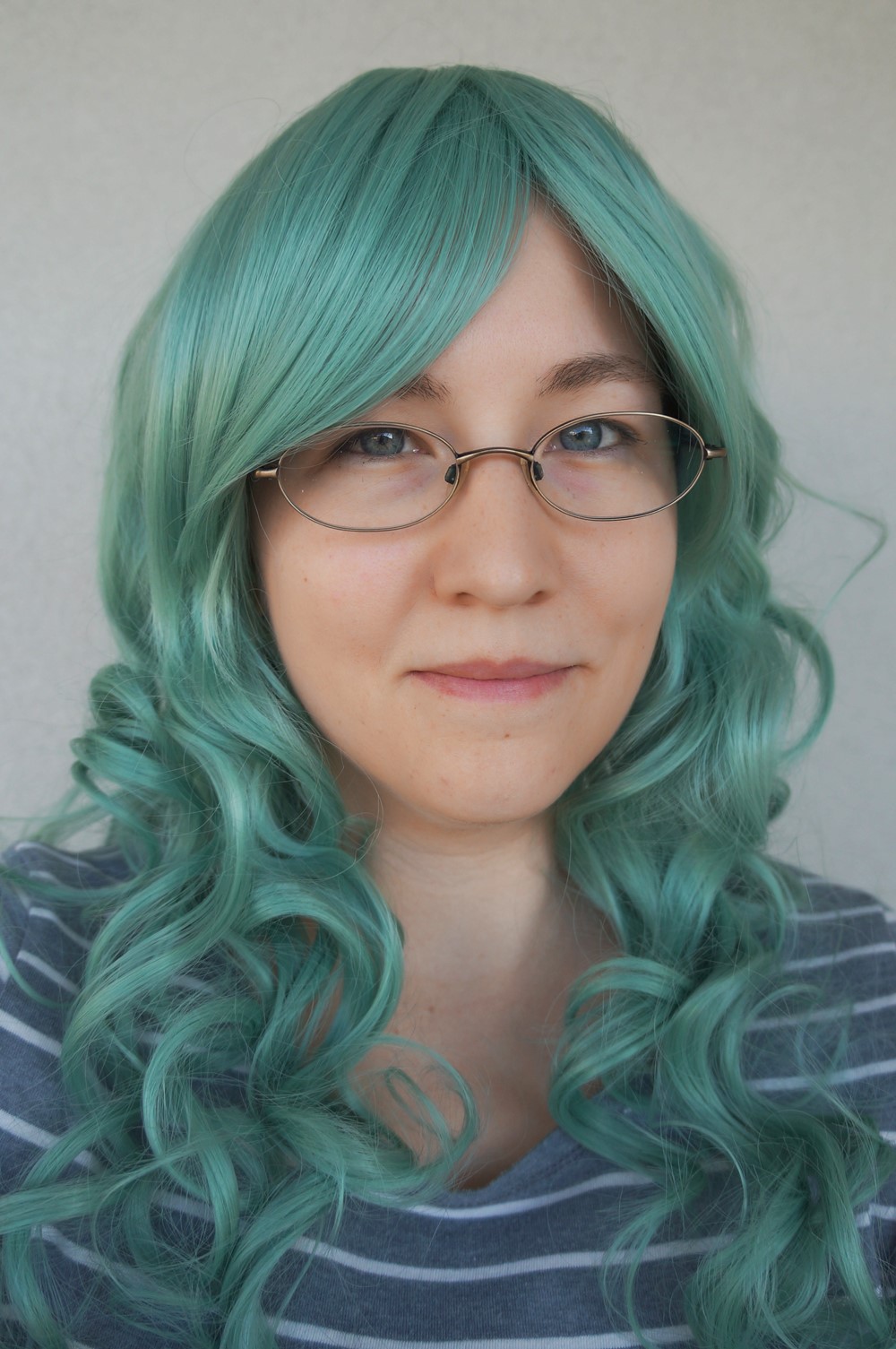 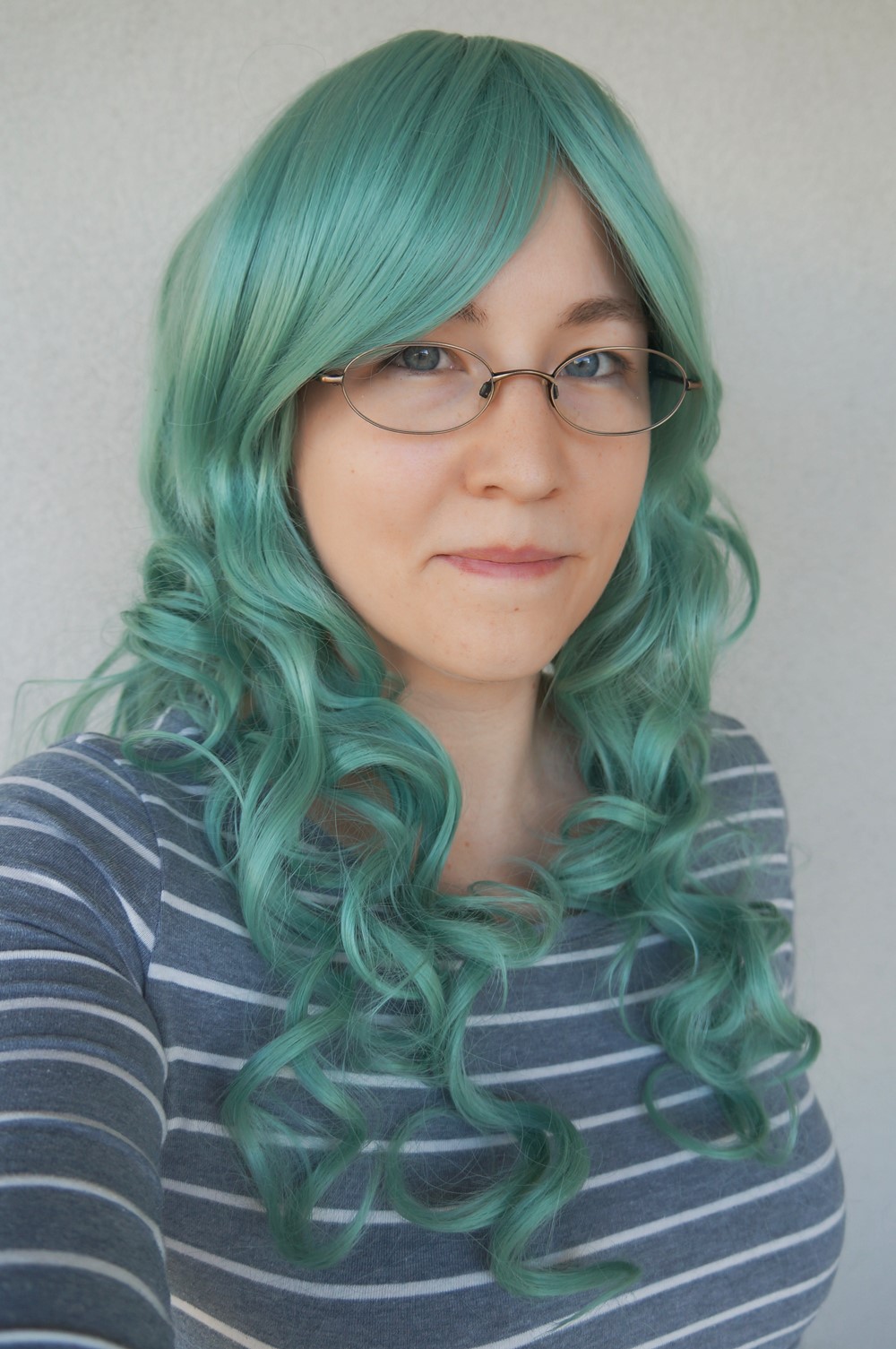 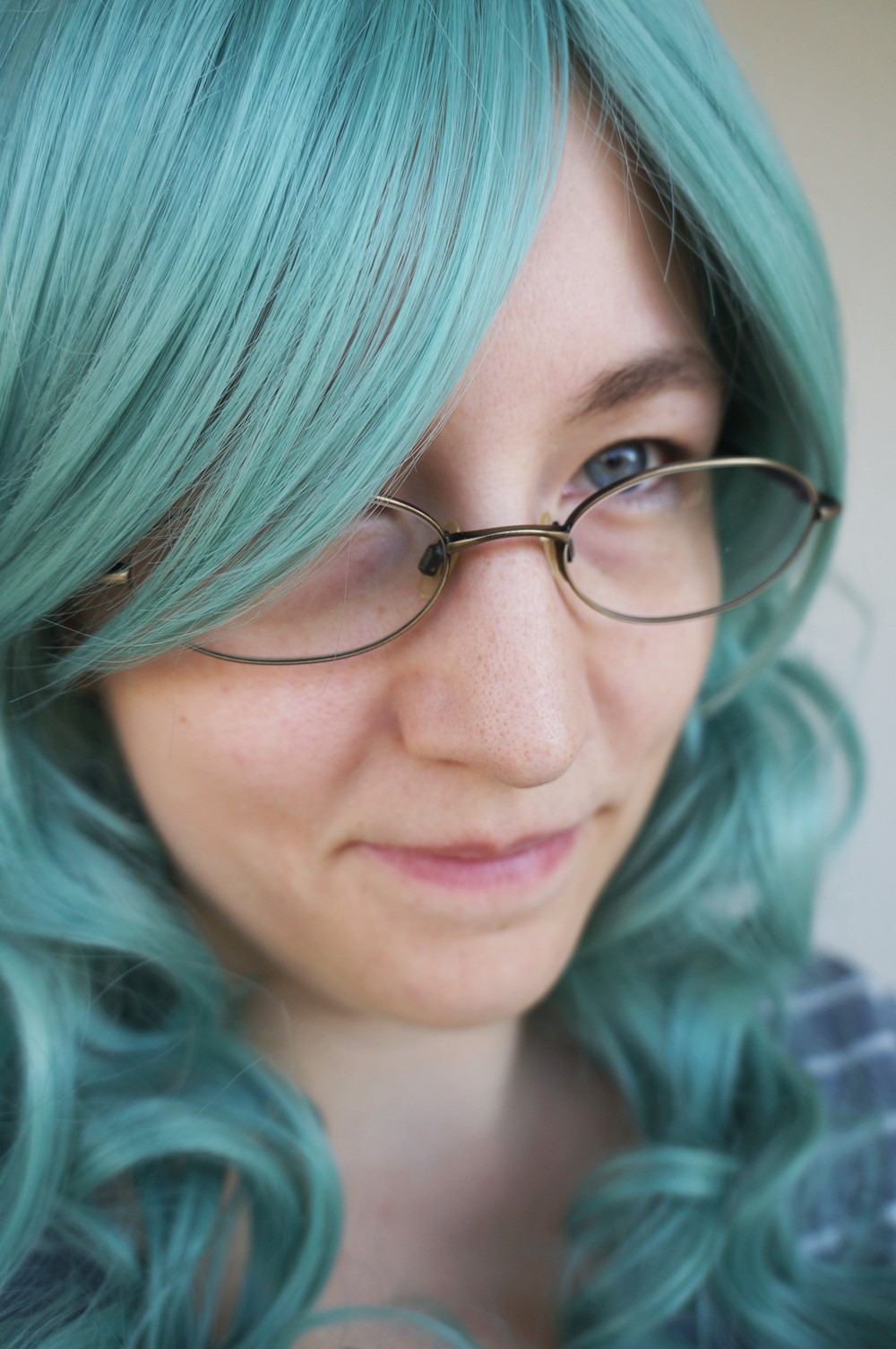 I’m not 100% sure if this color really suits me well, but nevertheless it’s a really cool color, and you can always change your skin color a little bit with some make-up to make it better.

Tom wanted to get some new pieces of clothing. Here’s what he got for himself: 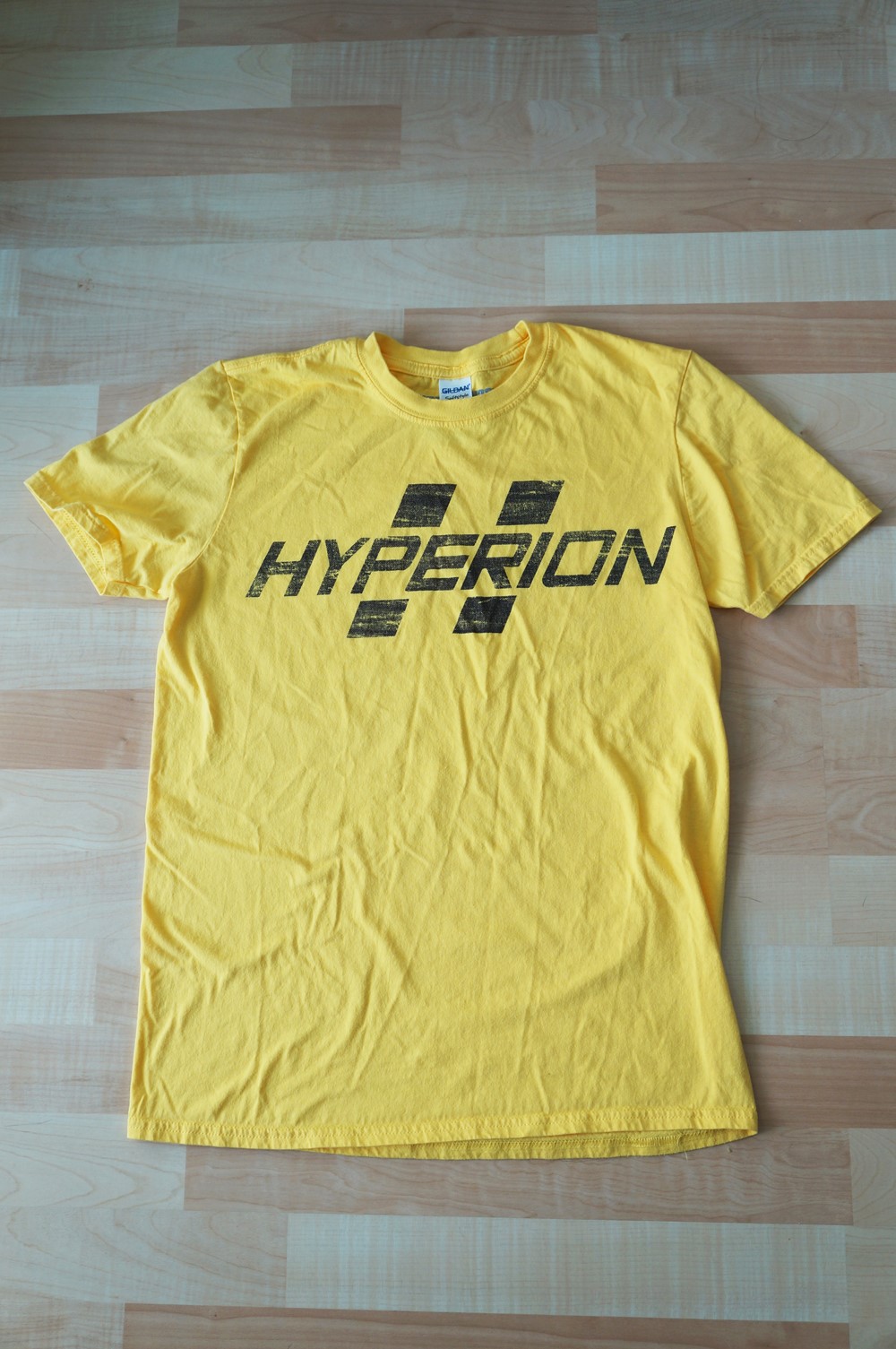 A really cool Borderlands Hyperion logo shirt. It’s cool, it’s geeky but subtle as well. I also like the yellow color so much. 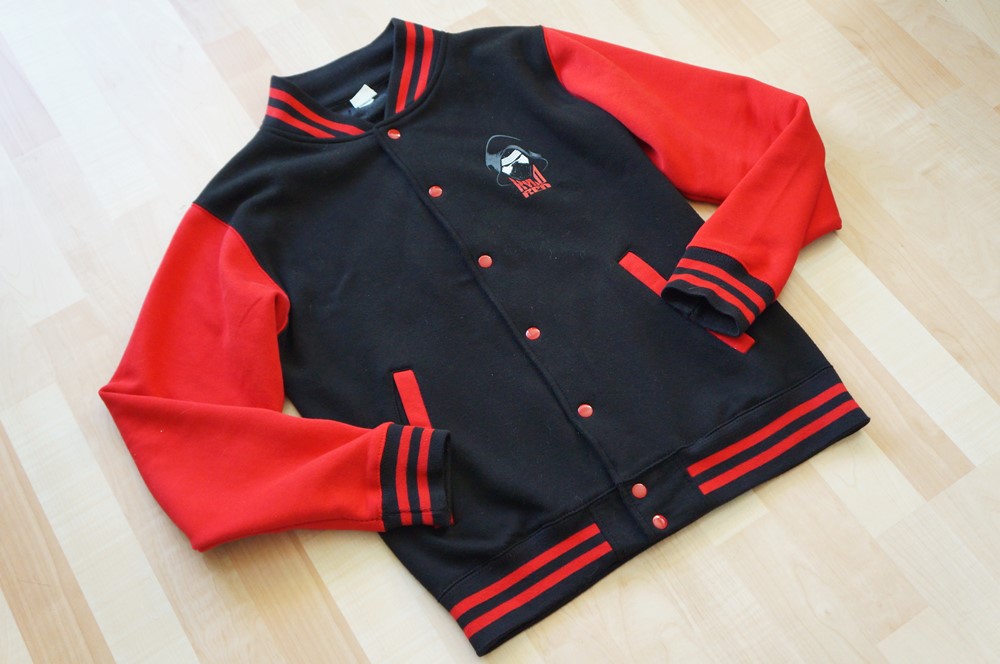 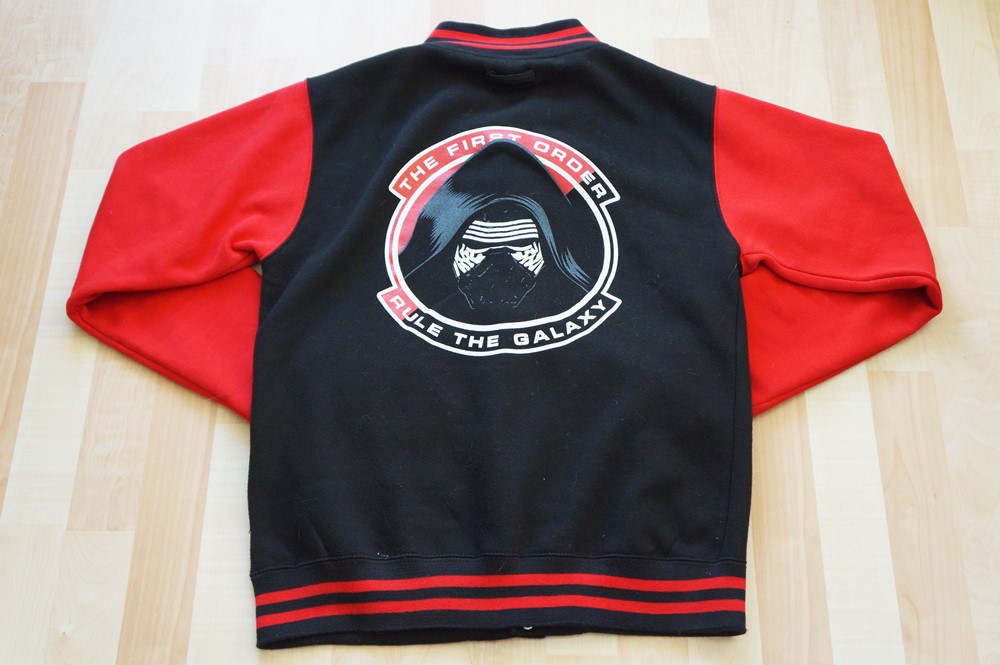 He also bought this Star Wars Kylo Ren college jacket, which he wears frequently since he got it. And almost no one even watched The Force Awakens yet!

We got this poster for free a Vienna Comic Con. Unfortunately someone here already gnawed on the outer corners of the poster. Not sure who it was, though… 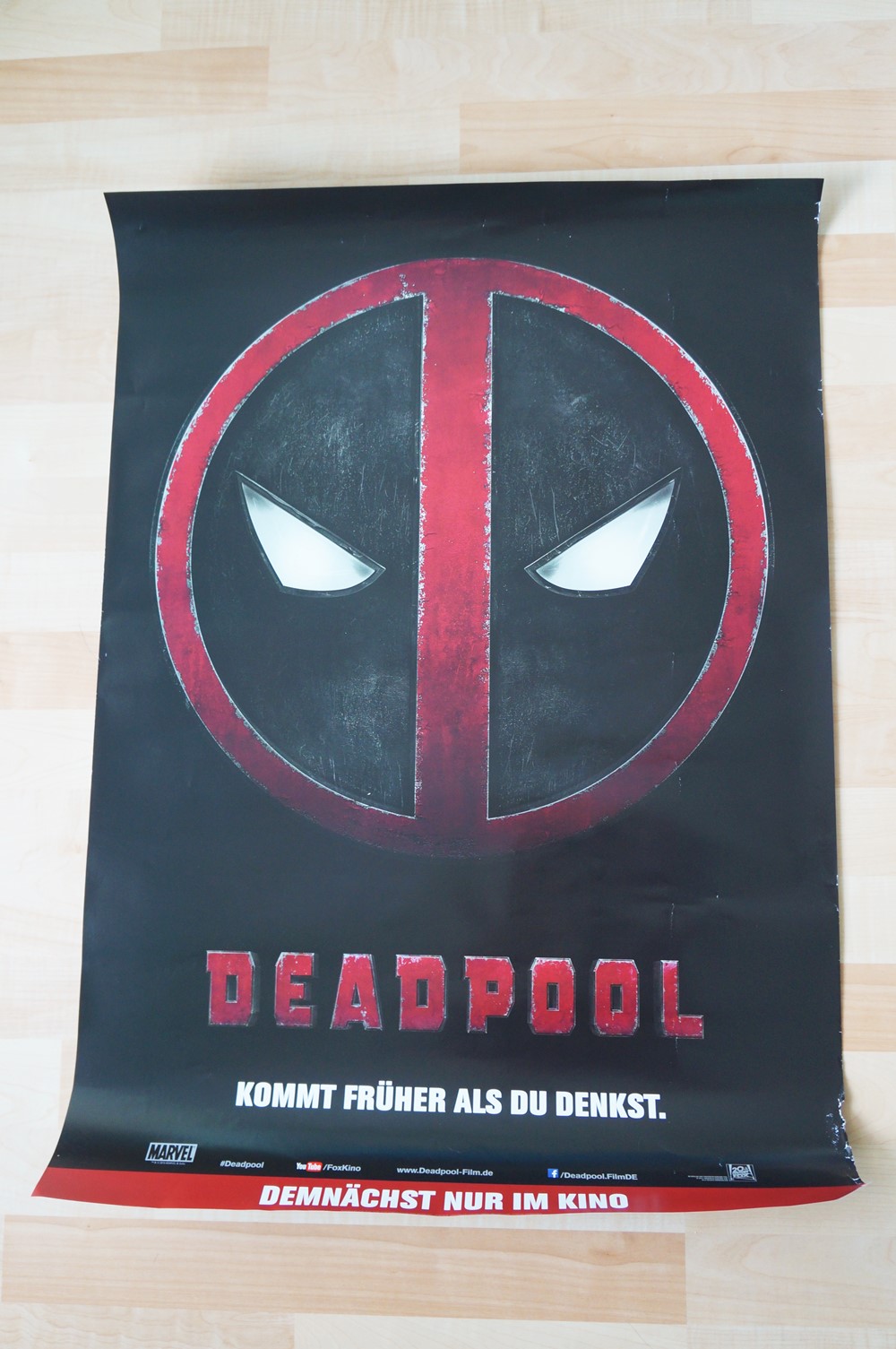 We also got some Ramune again, but since these were the same flavors again, I didn’t take any new photos of them.

Okay, That’s all we bought at Vienna Comic Con. Which item do you like best?