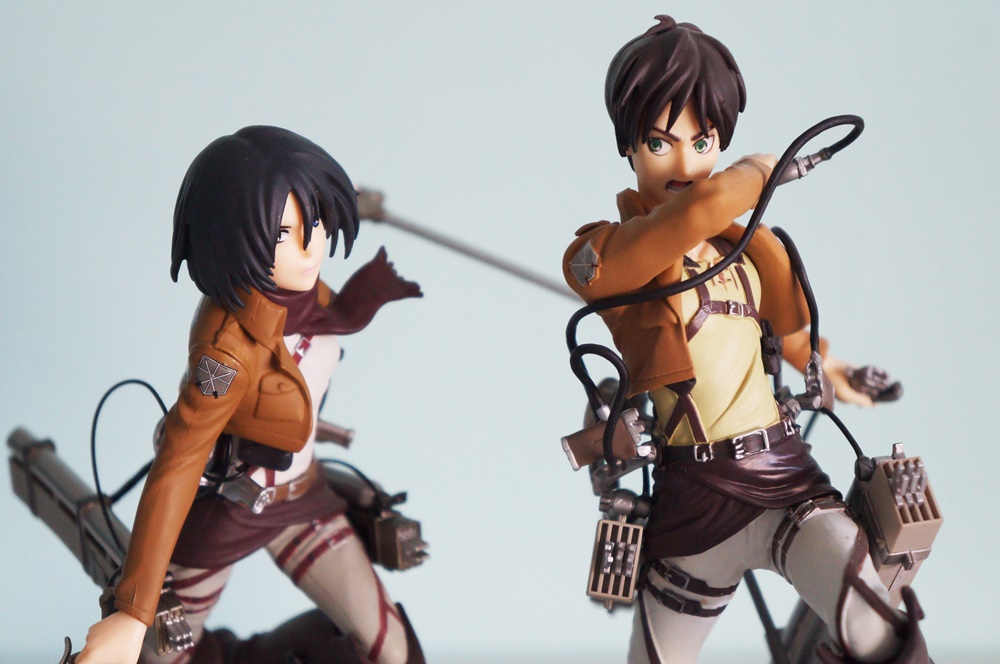 Posted at 15:29h in Collectibles by Raya 0 Comments
Share Recently I realized that I never showed you what we bought at AniNite 2014. I never wrote a blog post because we didn’t stay that long last year, but I really wanted to show you the figures we bought back then: Eren and Mikasa from Shingeki no Kyojin/Attack on Titan. Aside from these figures we also bought a King Boo Sensor Lamp, which we used as a night light for Flynn for some time (^,^°), a Kuroko no Basuke Seirin shoulder bag for Tom, a Shingeki no Kyojin hoodie for Tom (unfortunately I don’t have any picture of it) and of course Ramune.

But let’s get back to the figures: 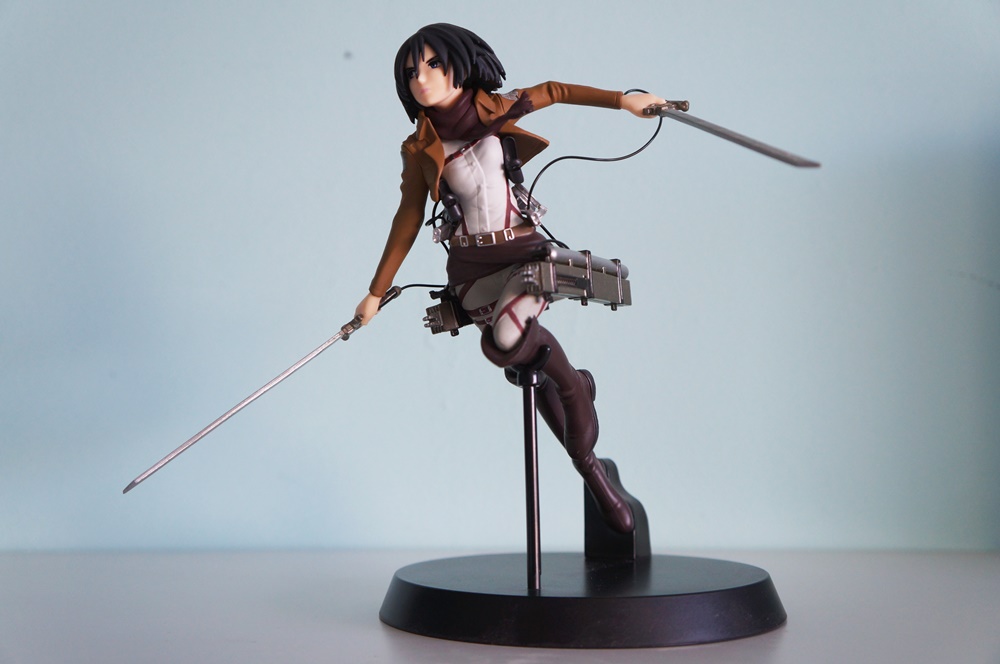 I really love the pose of Mikasa and the details are great. What I don’t like so much about it, is the stand. It looks really bland, so you really have to feel sorry for poor Mikasa. No wonder she’s looking so mad… 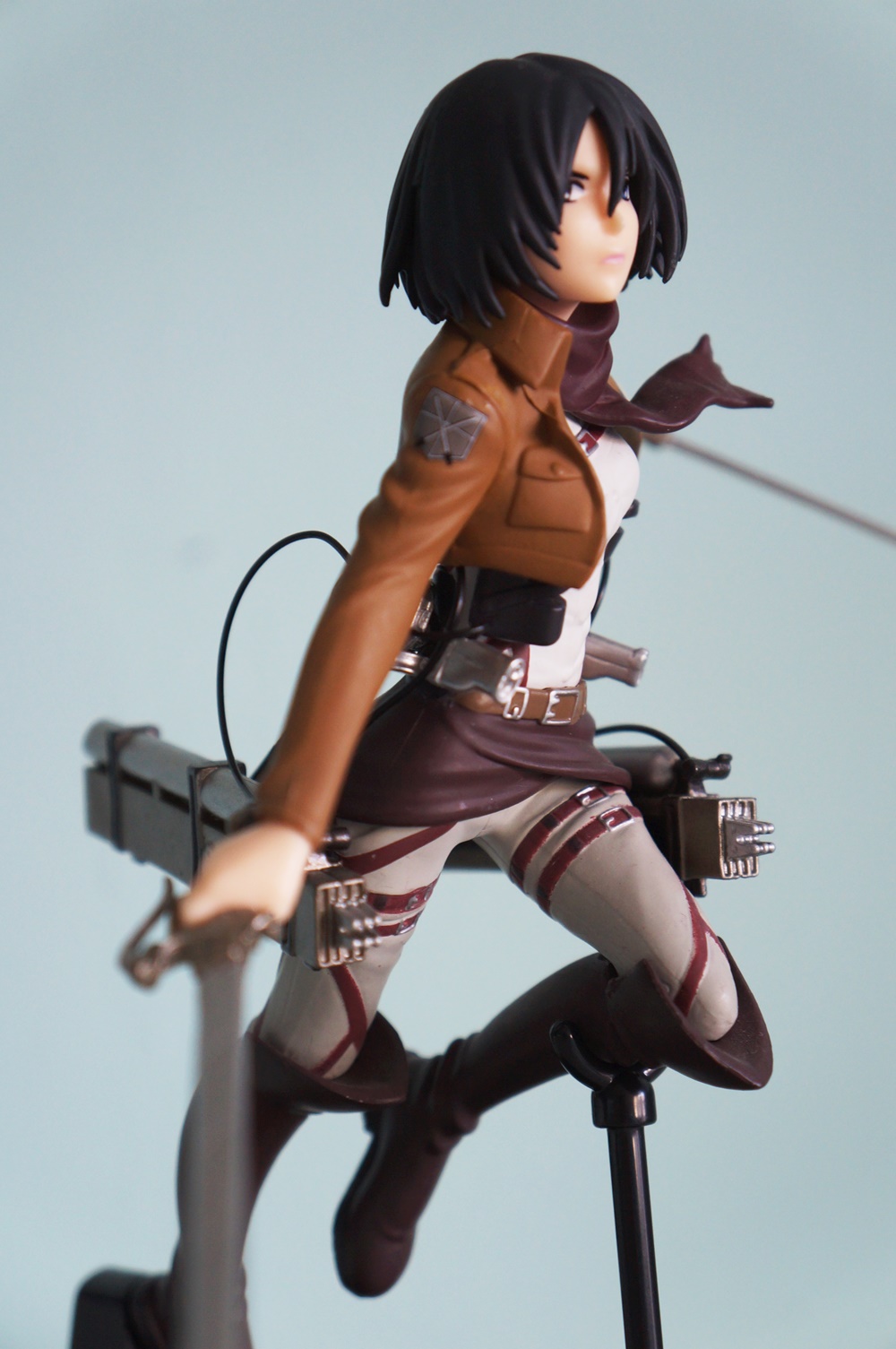 I always thought it’s because of the Titans… 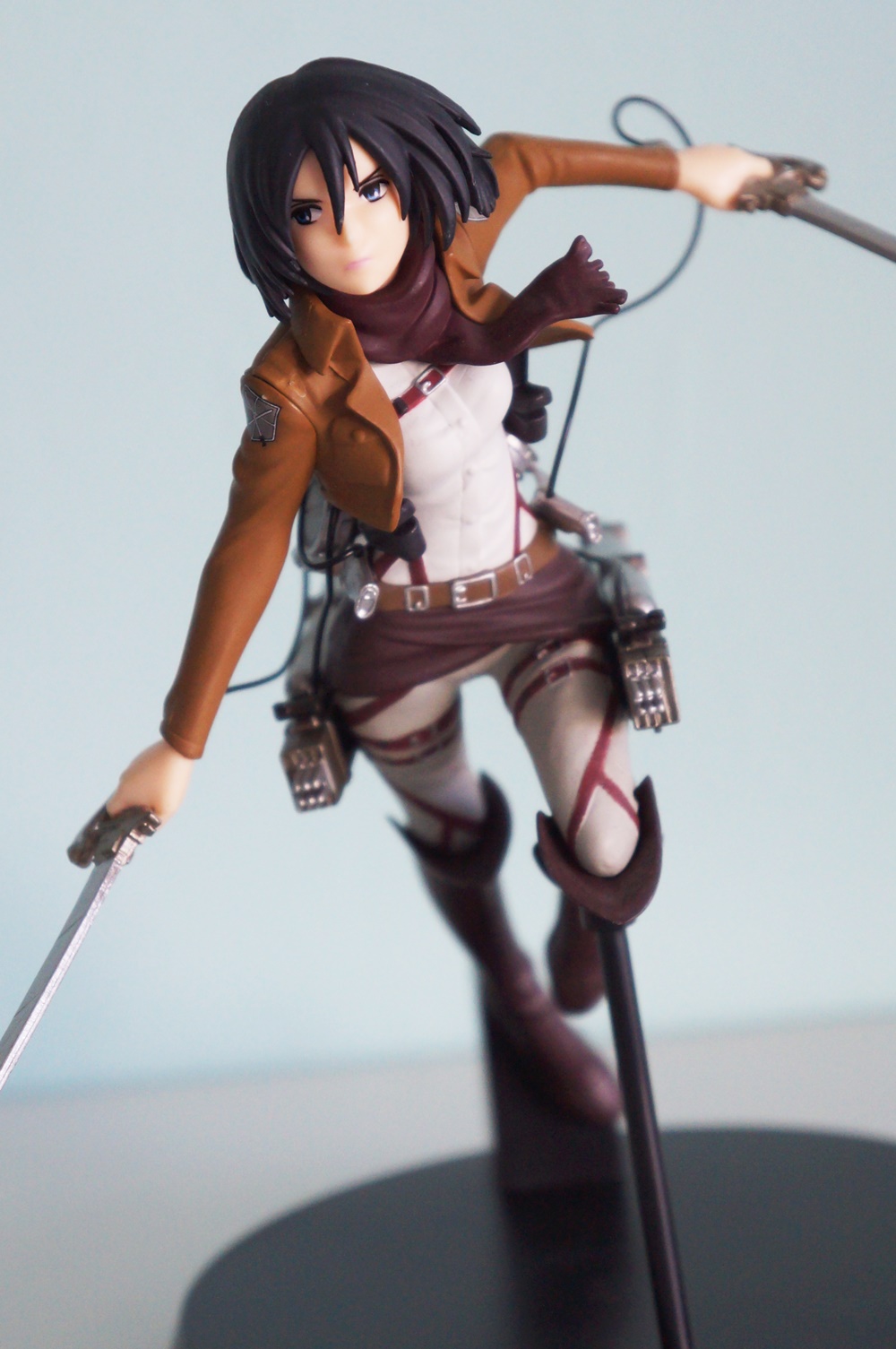 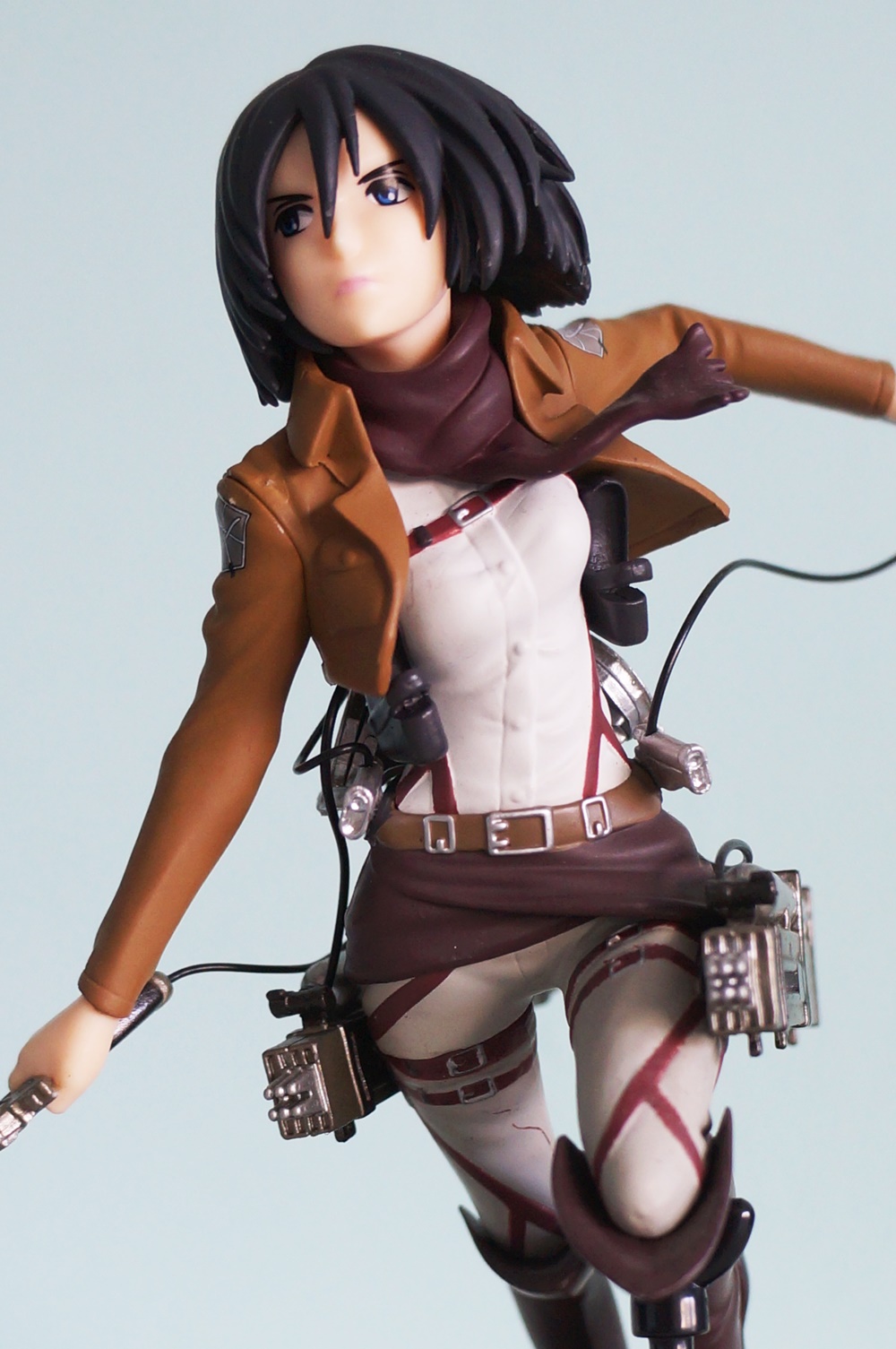 As you can see, there are also some flaws in the coloration, but, all in all, I really like her! 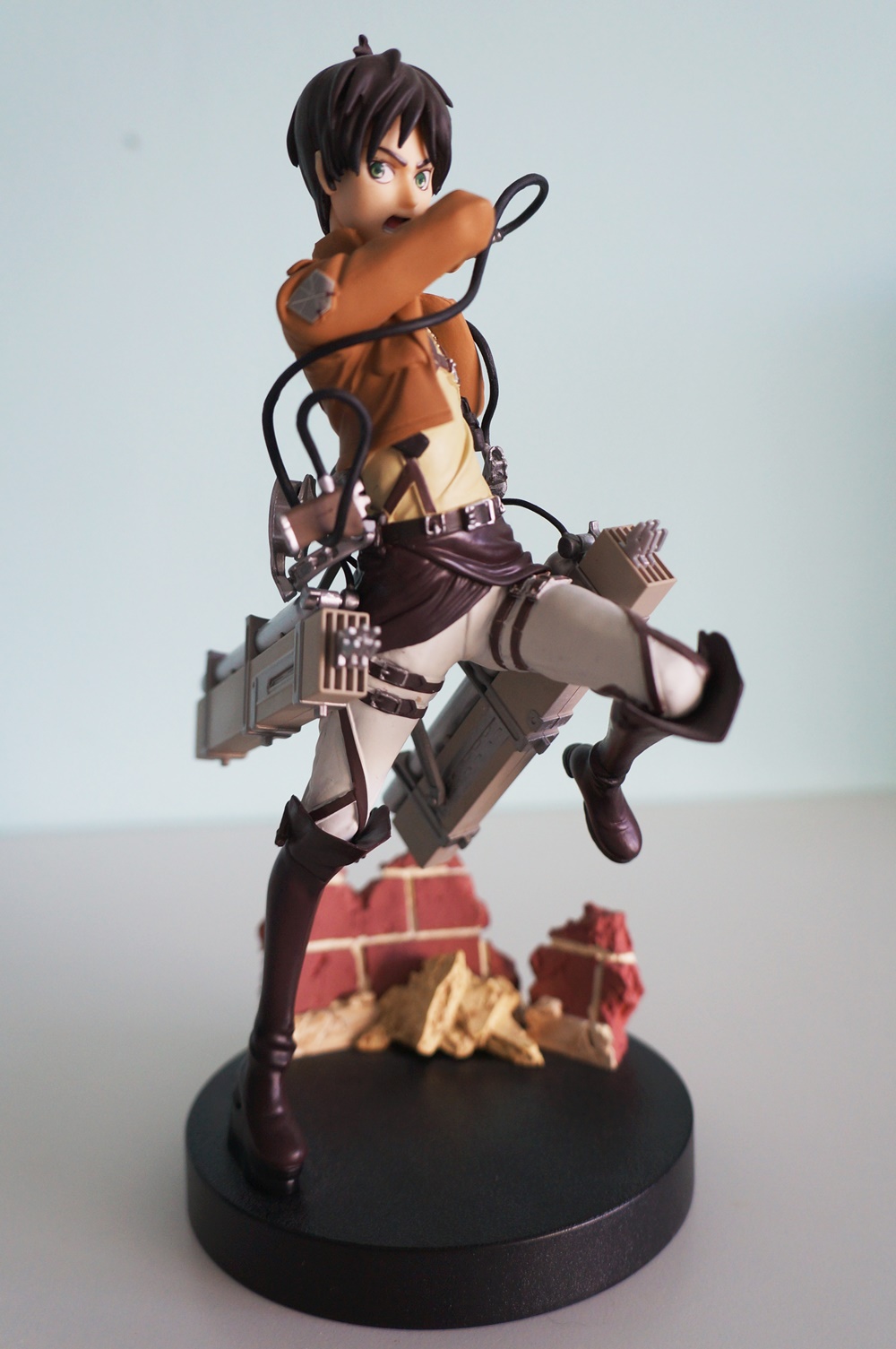 And here’s Eren: I think the details are even better on his figure, especially when you look at his 3D maneuver gear. I also like the destroyed wall part on the stand. His pose is pretty nice as well. I really like figures best that seem to be in motion. 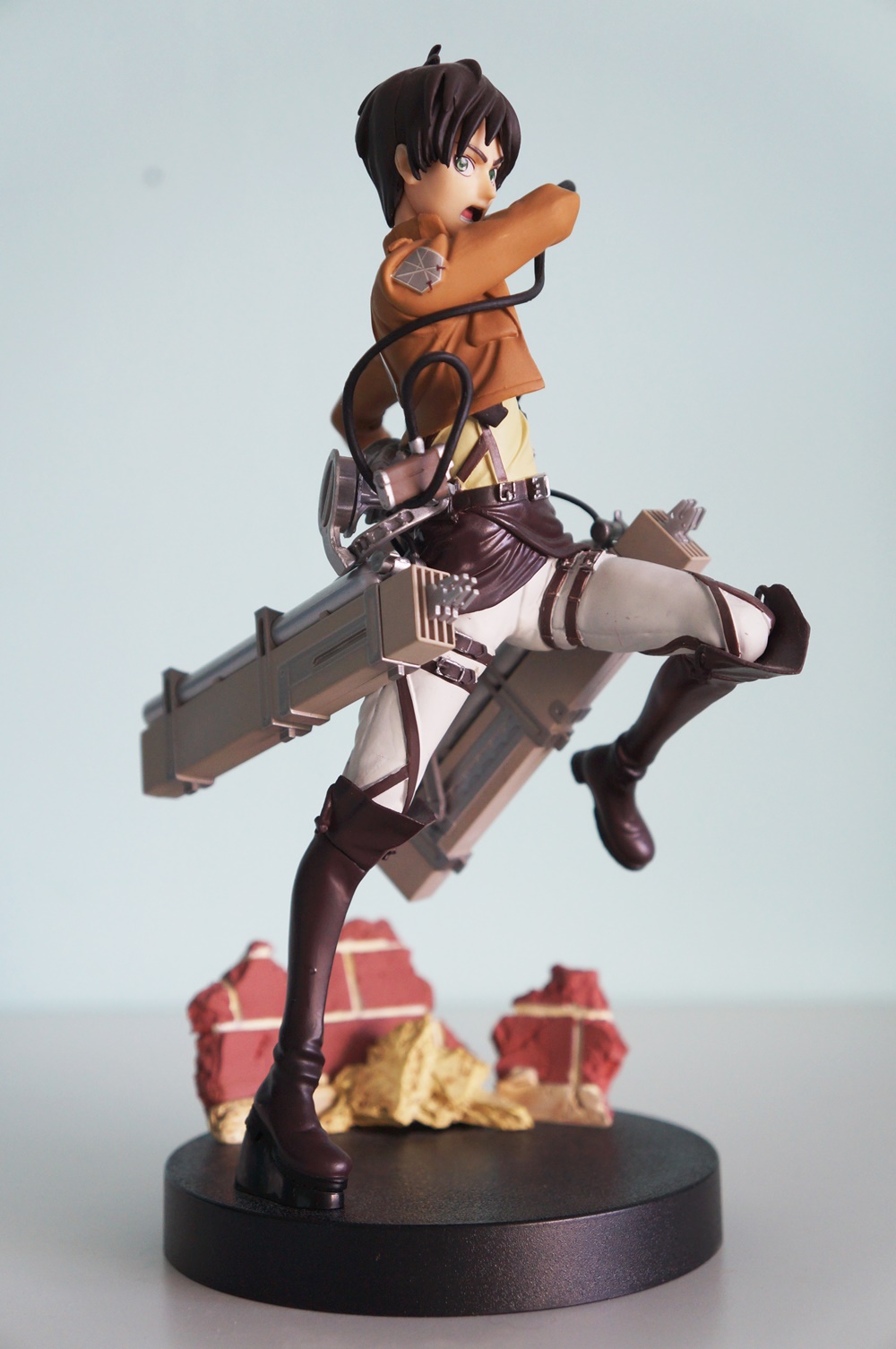 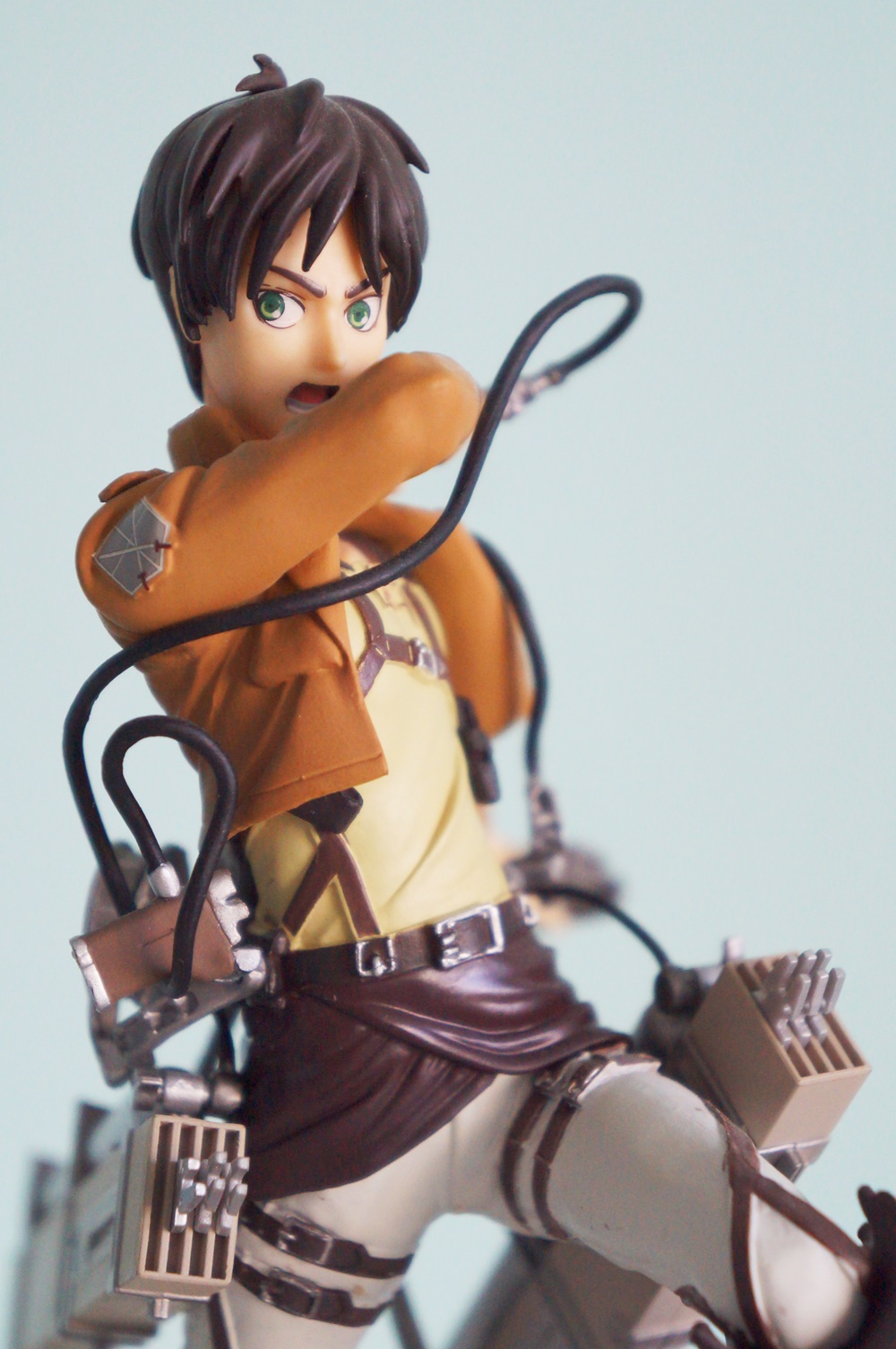 His coloration is also not the best, but the figures weren’t that expensive (around €30 – €40 each if I remember correctly), so I think you can’t really expect anything better.

While both figures aren’t from the same manufacturer, I still think they look really cool next to each other. If you don’t look too closely you wouldn’t even notice that they are from different manufacturers. They also had really cool Levi figures as well, but we didn’t have enough money for him as well. Maybe one day we can also add him to our collection.

Who is your favorite character from Shingeki no Kyojin?

* “Wir sind die Jäger” is German for “we are the hunters”. I used it as the title in accordance to one text part of the first opening song ^.^!