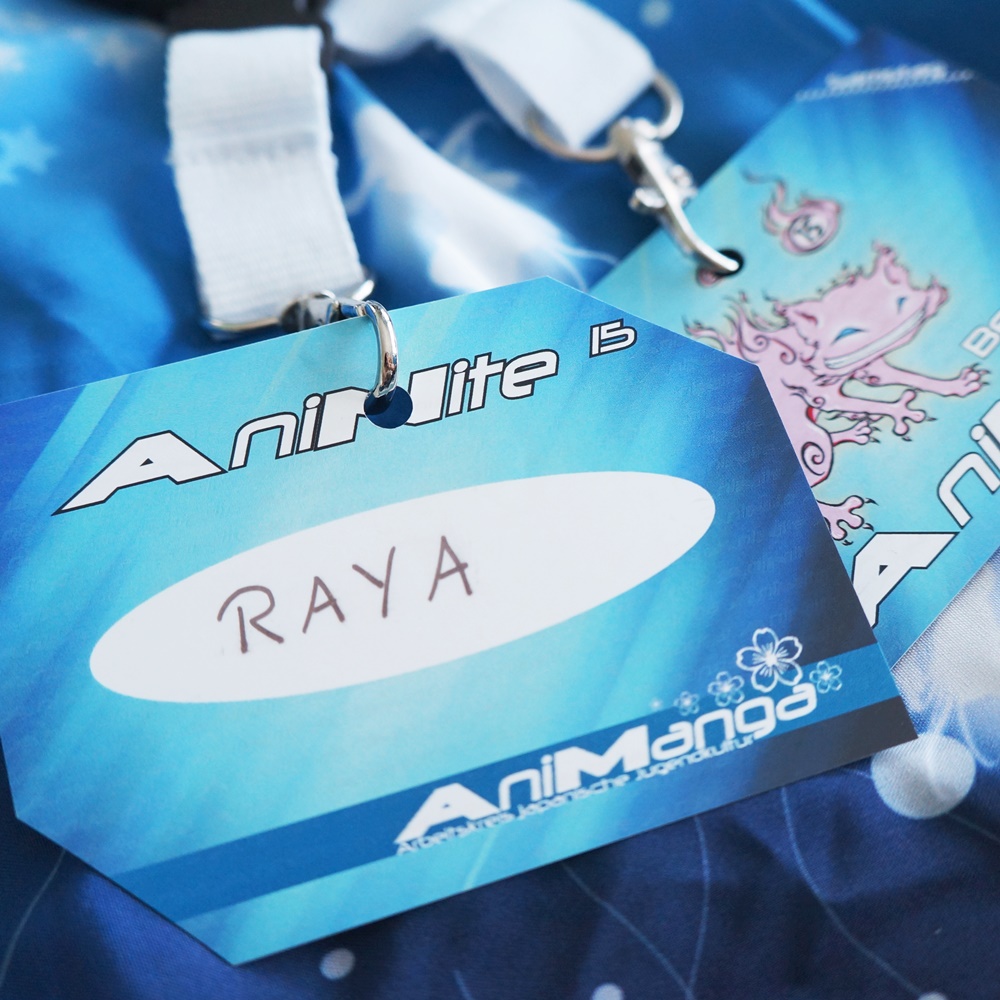 Posted at 21:35h in Conventions by Raya 0 Comments Last Saturday Tom and I visited the AniNite – Austria’s biggest anime & manga convention. The first time we went to the AniNite was already 10 years ago, I wouldn’t actually believe it, if I hadn’t taken any photos. It was totally different back then, but I really enjoyed it. But today I want to tell you more about this year.

I already ordered… no, I bought… no, I paid for the tickets one and a half month in advance. The sale process worked like this: you choose which tickets you want on the website, they’ll send you an email, then you have to transfer the money via bank transfer (no, there wasn’t any credit card or Paypal option available o_O). I think then someone manually checks the received money transfers with the preorders and you’ll get a preorder-ticket in an email after one week (took one week for me at least). In comparison to the ordering process for Vienna Comic Con (VIECC), which I did just before, this seemed really complicated and unprofessional. And it’s the first Comic Con in Vienna this year, whereas the AniNite is an annual event for more than 10 years now.

With the printout, you’ll pick up your entrance pass at the event, but you have to wait in a line. Fortunately we only had to wait for 10 or so minutes on Saturday morning, even with only one cashier for pre-order tickets, but I read that some people had to wait for two hours in the heat of the sun (and it was really hot all weekend long) on Friday for claiming their preorder tickets, which they have actually paid so long in advance. 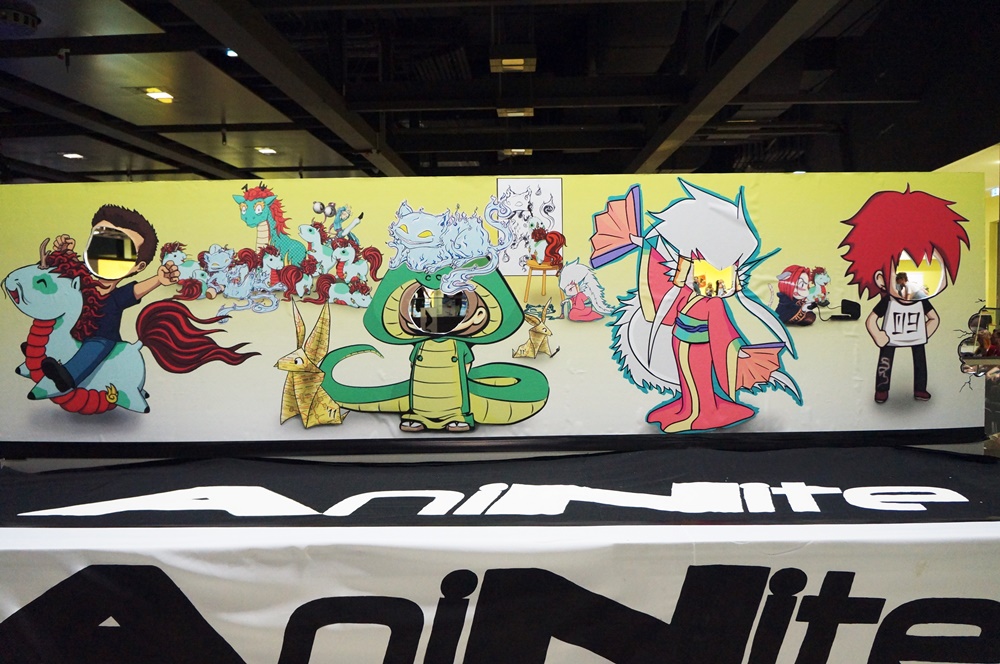 The location was the same as the last two years: The Multiversum in Schwechat (near Vienna airport, but other than that in the middle of nowhere. The only good thing is the supermarket right next to it). I really liked the place two years ago (find my blog posts about AniNite 2013 here), but already last year it felt really crowded. After that I read that they let too many people in last year than the security would allow. This year they even topped the visitor record and you could feel it everywhere. 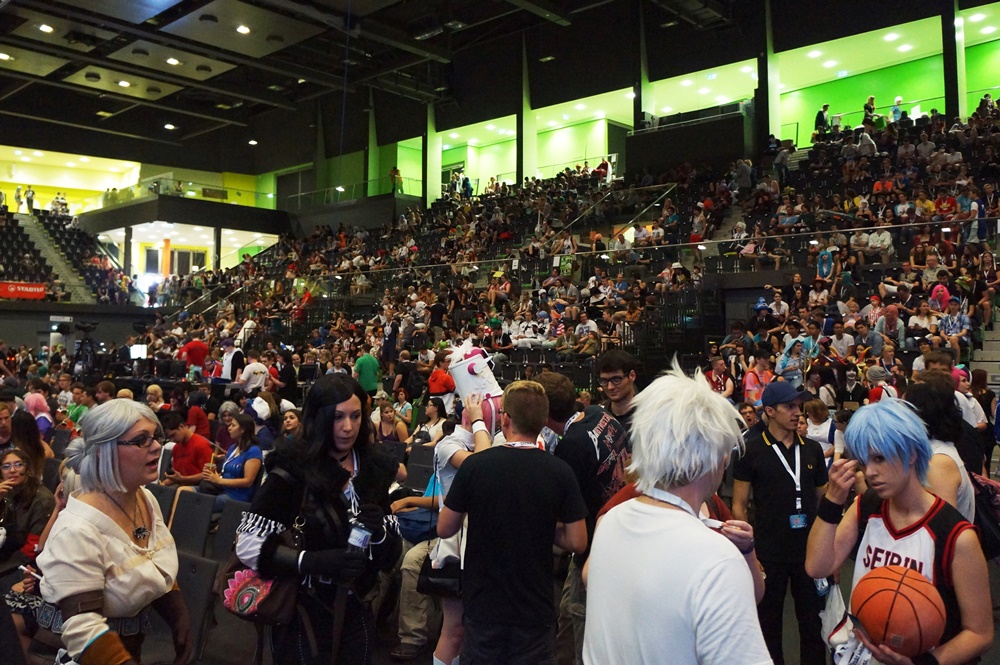 Either someone stood in your way or you were standing someone else in the way. I was constantly bumped into, and the only place to really sit down and relax for a while was the big central hall, where we also had to eat our food. The room was really dark again for most of the time, but even with lights on, taking photos was really hard.

The food was good as always, we had some asian noodles with chicken, a strawberry bubble tea (or rather jelly tea) and a Tasty Donut (Cookie & Cream – delicious!). You could also get okomiyaki or takoyaki at another stand, which we found later. We also wanted to take a look at the maid café, but since there was a long line in a pretty small hallway (behind a closed door – mysterious….) leading to a room somewhere, we decided to let it be. 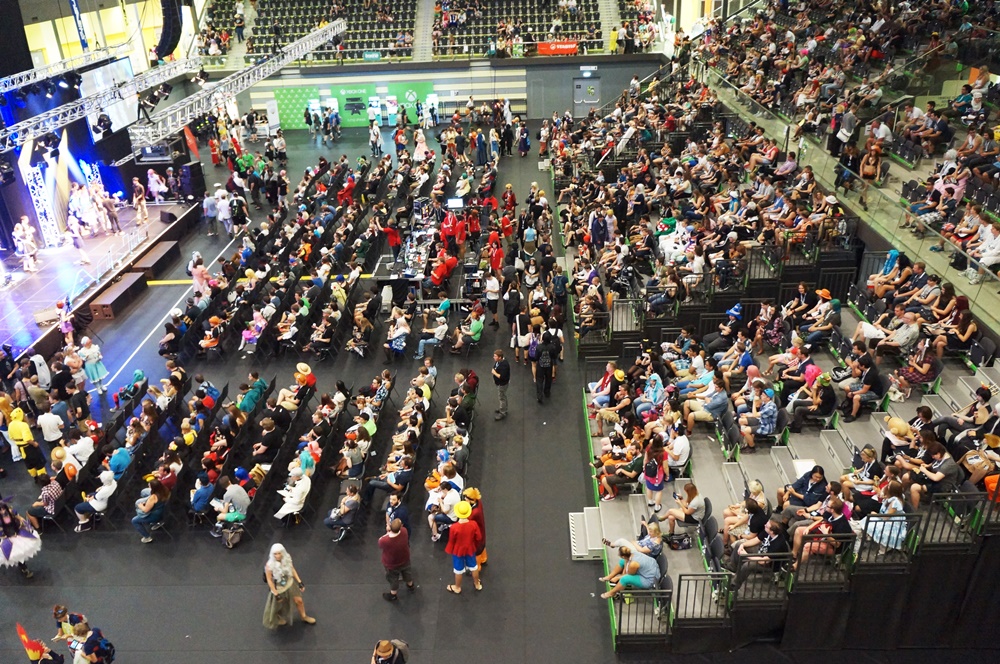 The program was more or less the same as the last years: Quizzes, auctions and cosplay events. We didn’t even see any cosplay events, because we were already leaving again at around 4 p.m., because we had enough and didn’t want to leave Flynn alone for too long. He wasn’t alone of course, because Tom’s sister was so nice as to look after Flynn while we were away.

The moderation and execution of the programm was really bad and not professional at all. I don’t have anything against having fun and being yourself, but the girl who moderated had an awful voice. I’m sorry, but something like this should be done by someone with a little bit charisma and rhetoric knowledge, at least when you’re hosting events with thousands of visitors. And the character quiz was really strange. This is why I always have to feel secondhand embarrassment for anime/manga fans…

With that said I have to positively mention the trailer show with the new anime line-up from Peppermint Anime. The guy was funny and entertaining, we’ve been shown trailers or short AMVs of new animes and everything came together as a whole. They were also really nice and proactive at their booth, where you could win posters by shooting targets with a Nerf gun. 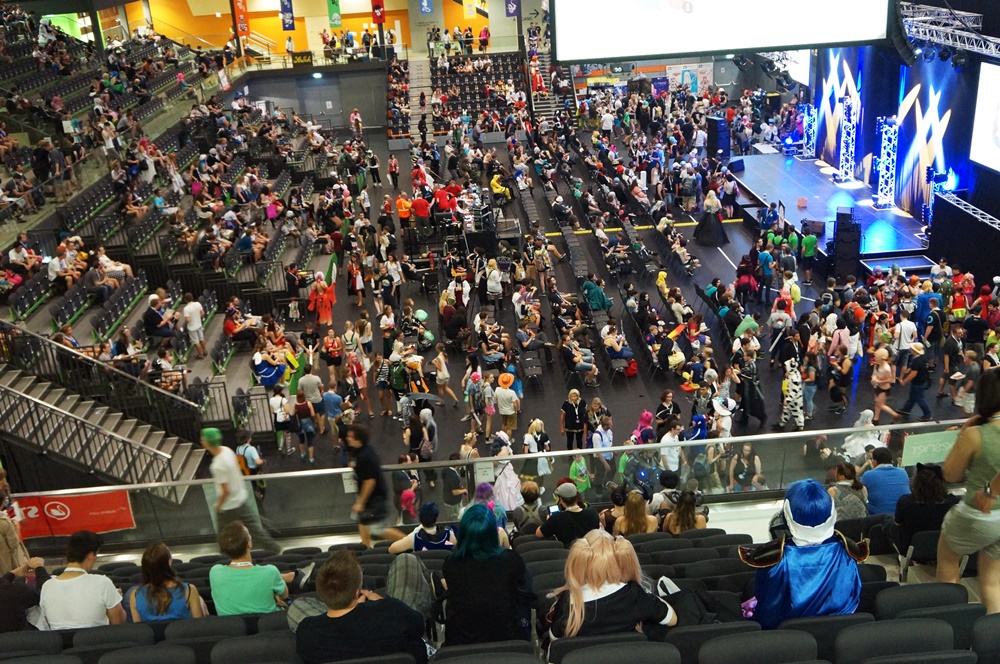 Another positive aspect was the shop area again. This time they had the complete hall, the paths were wider and I also think that the vendors had more space in their stands as well. There were so many cool and cute products again. If we just had some more money ;_;… 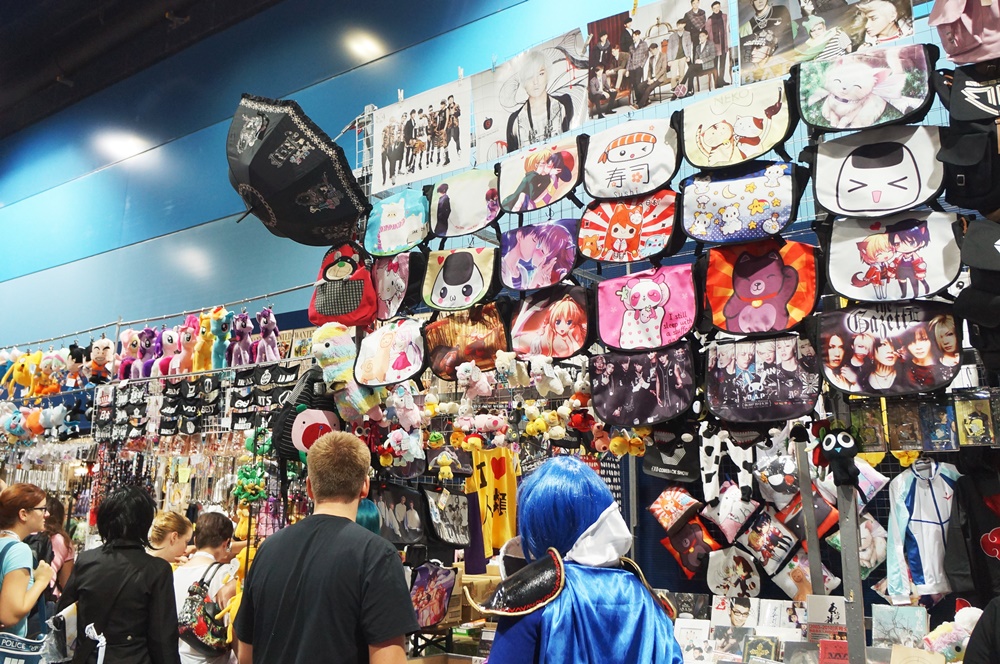 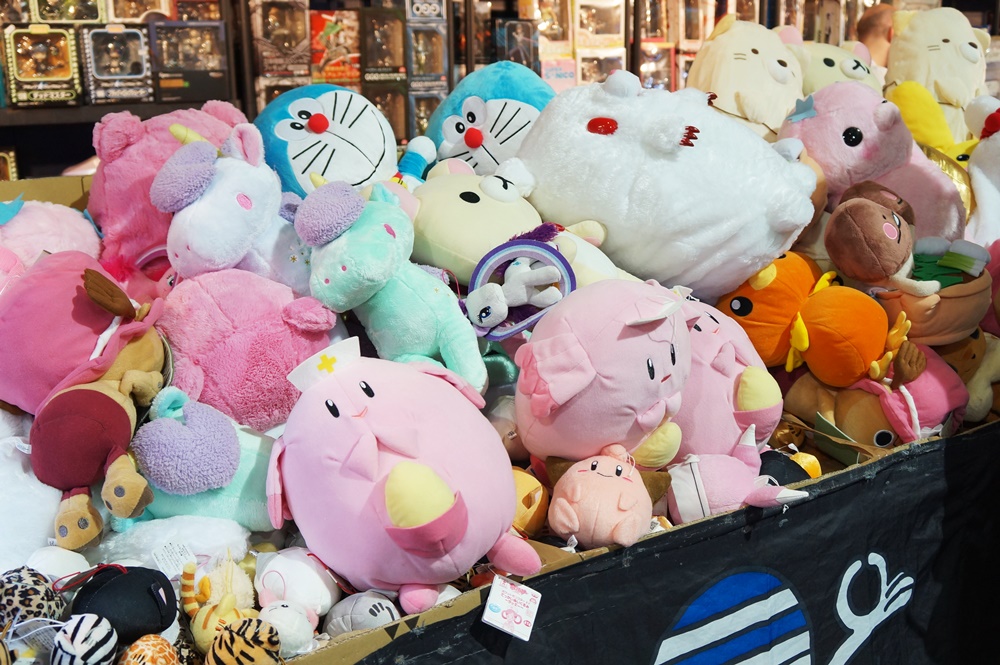 But, sometimes the shop room got incredibly crowded at places and you couldn’t really check anything. It was really hard taking these photos, as there was always someone standing in front of the tables and showcases. 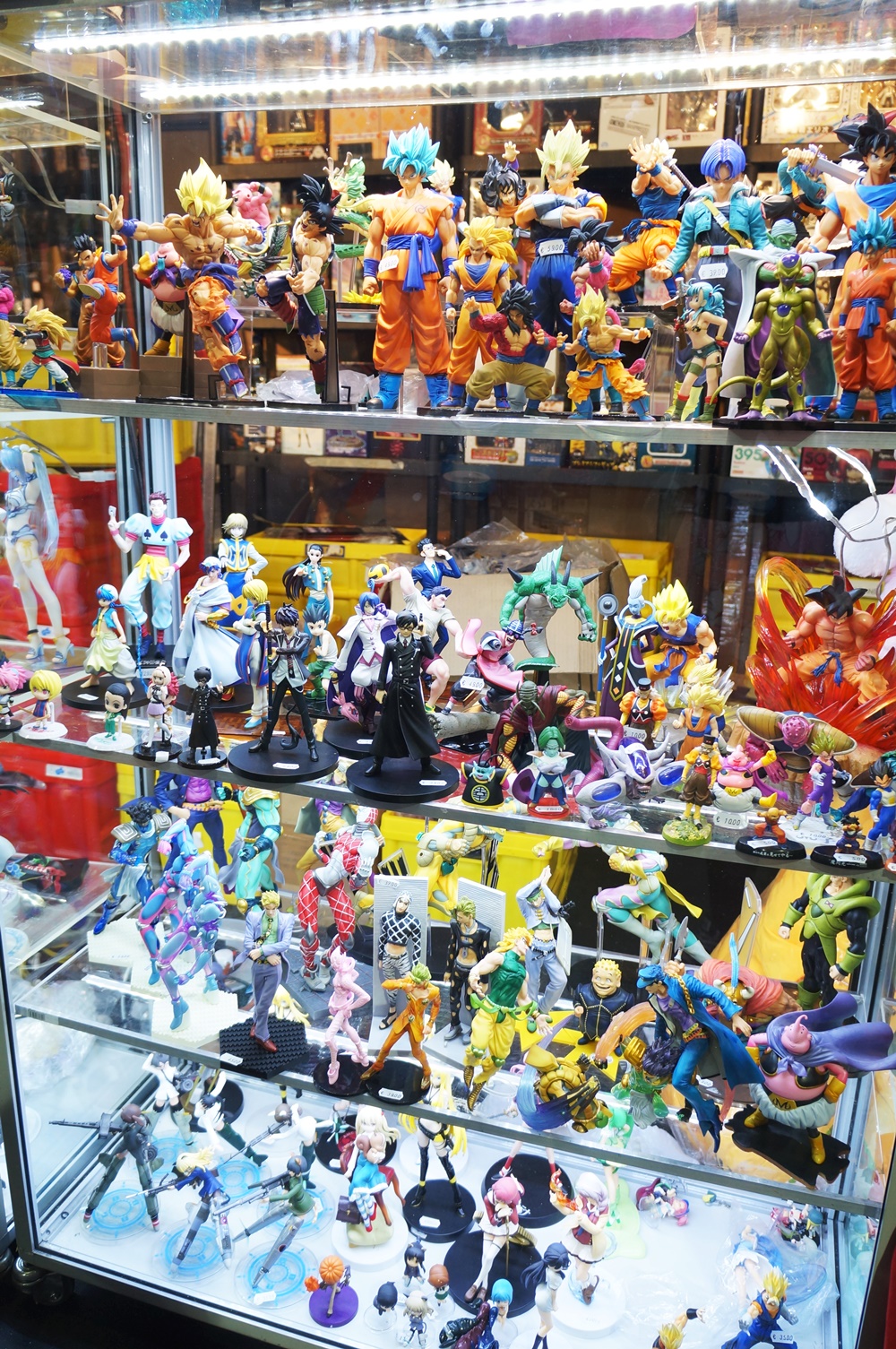 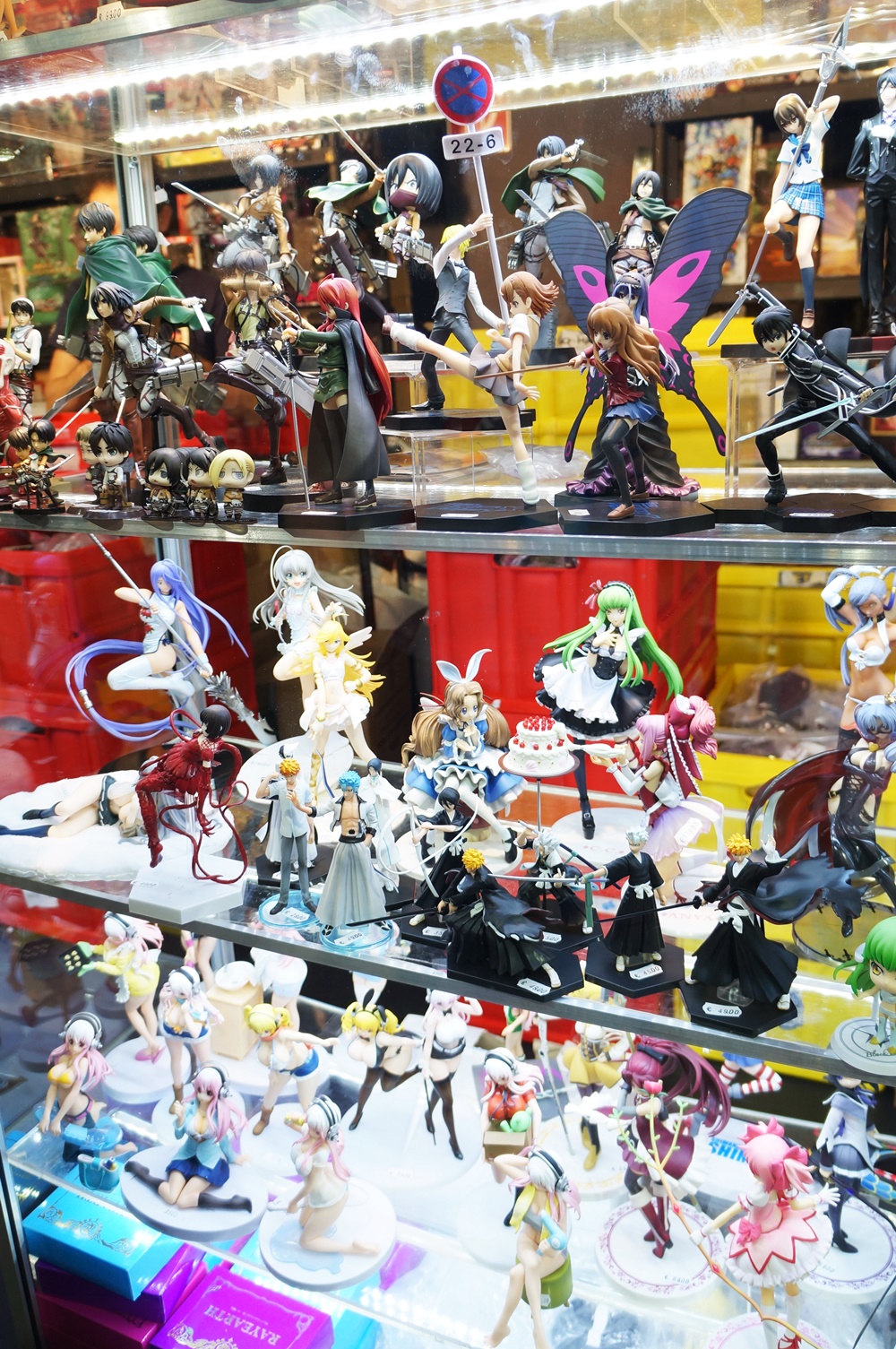 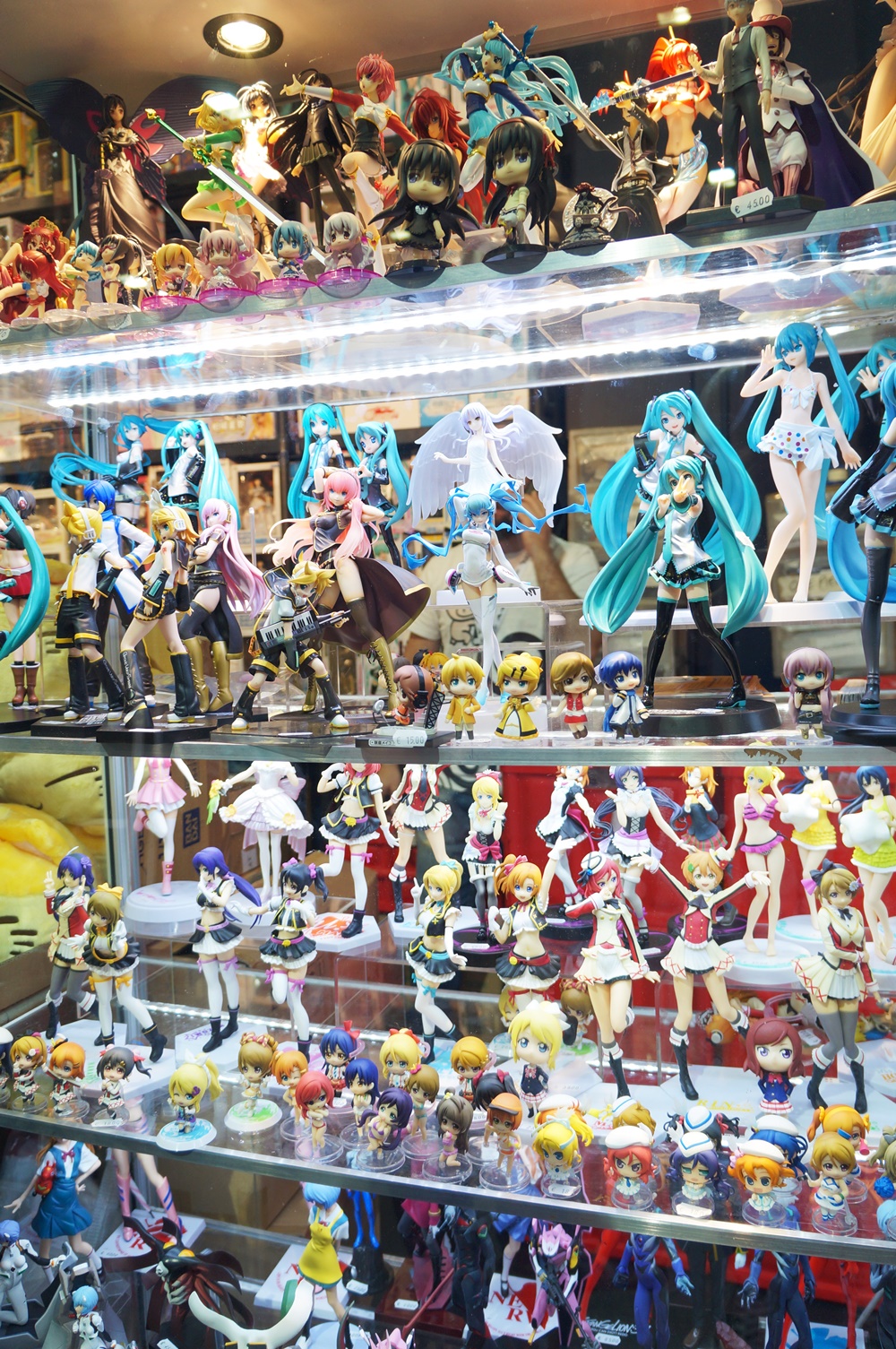 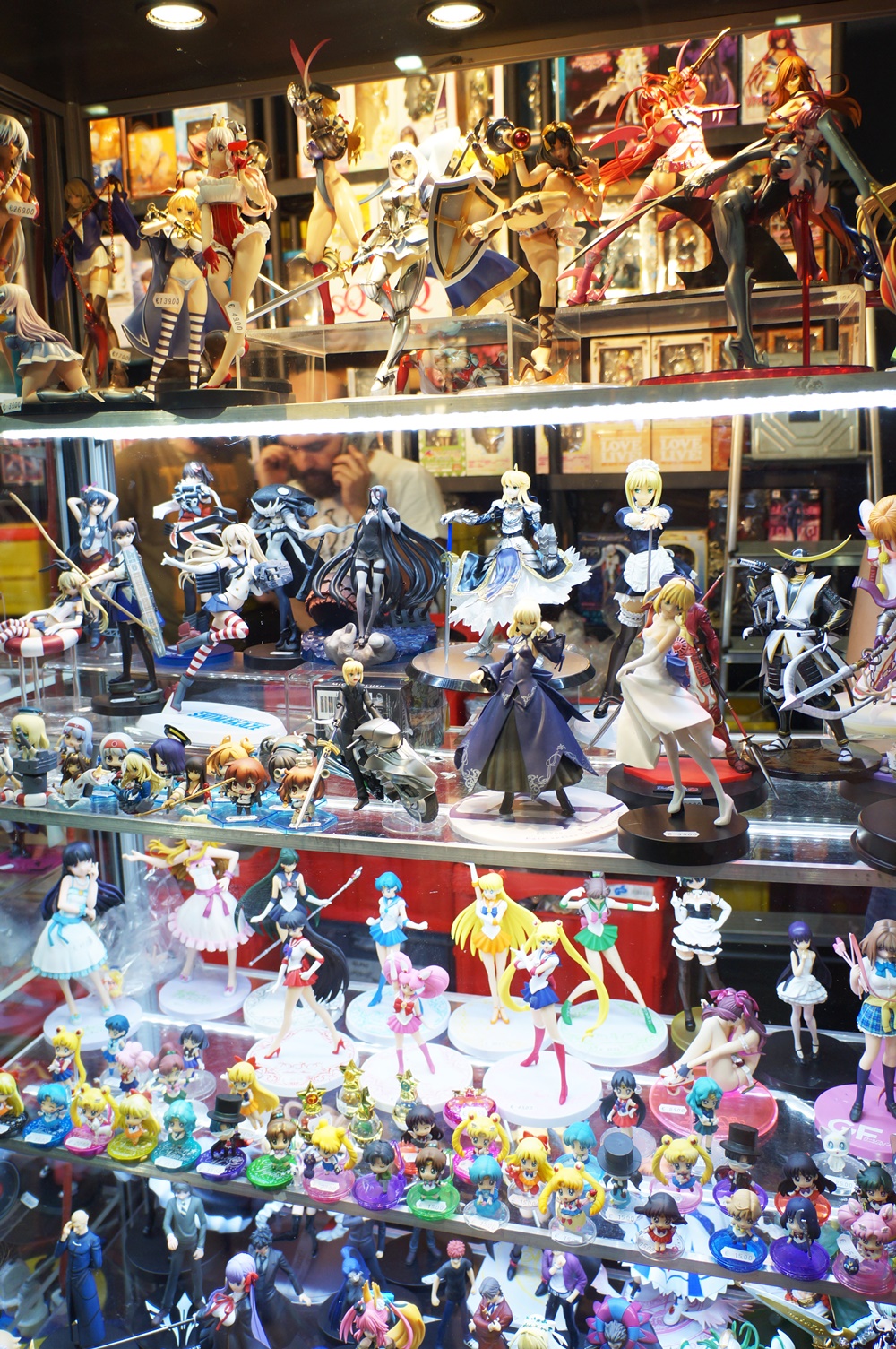 Unfortunately this year I wasn’t able to take many photos of cosplayers. Many of them seemed always either busy or were running around. And then there was the problem with the lack of space and the bad lighting as well, so some photos did turn out blurry. I’m kind of sad, because I saw some great cosplays, but the timing was always bad. But here are some really cool examples: 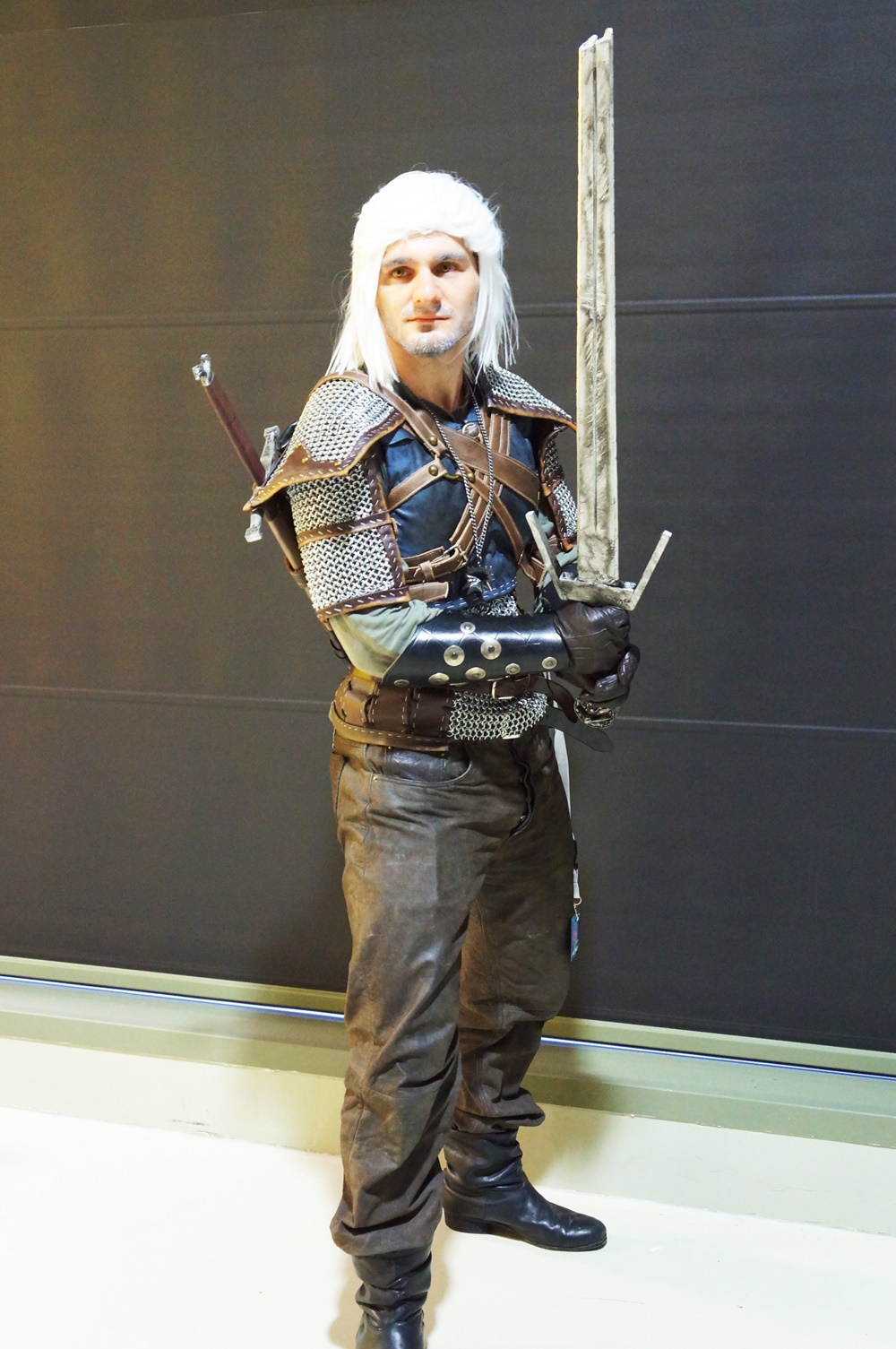 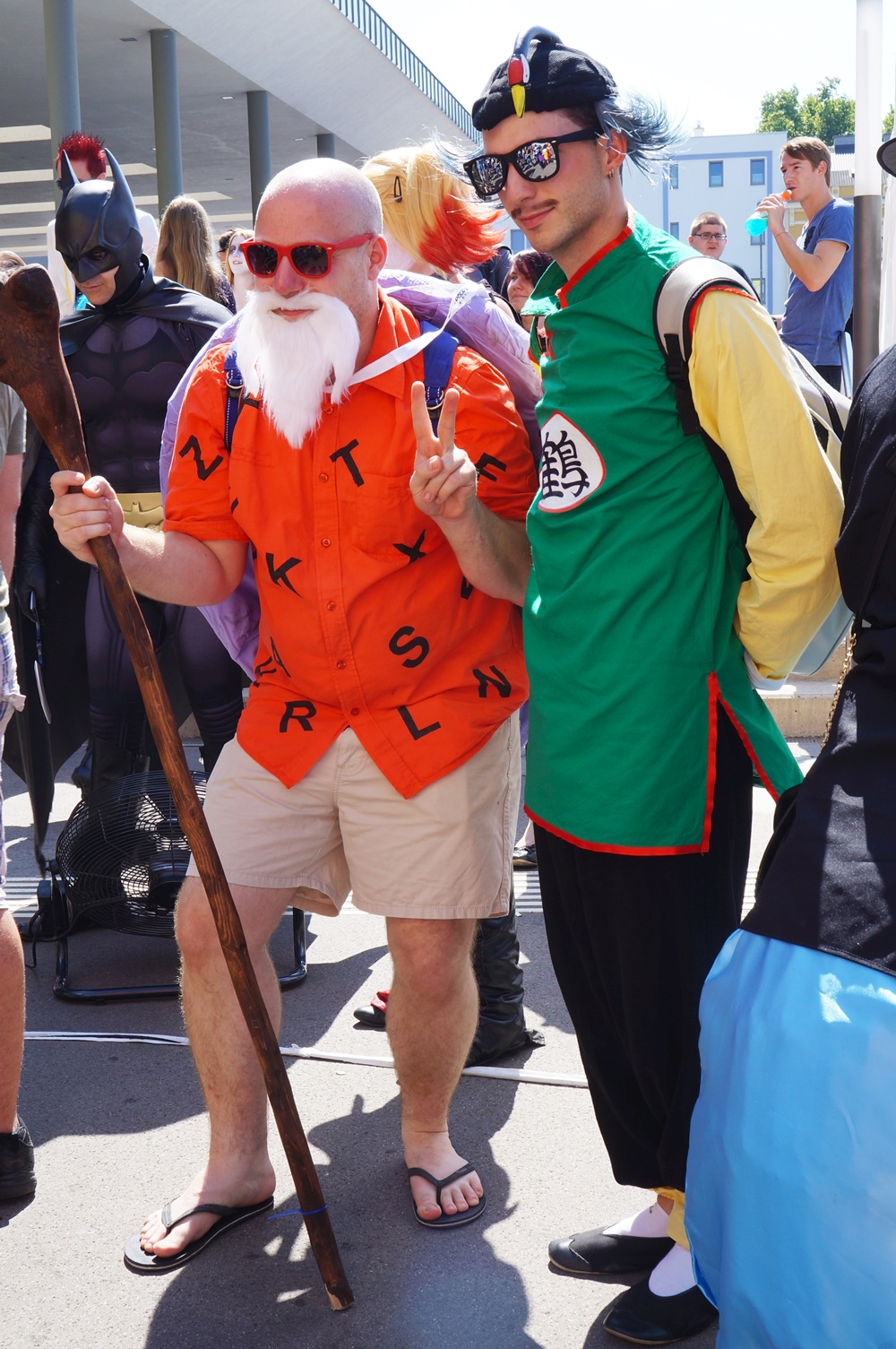 Not even one minute after this photo we were shooed away from standing nearby the entrance. I know, security reasons, but there really wasn’t any other place to stay outside if not in the parking lot at the supermarket. 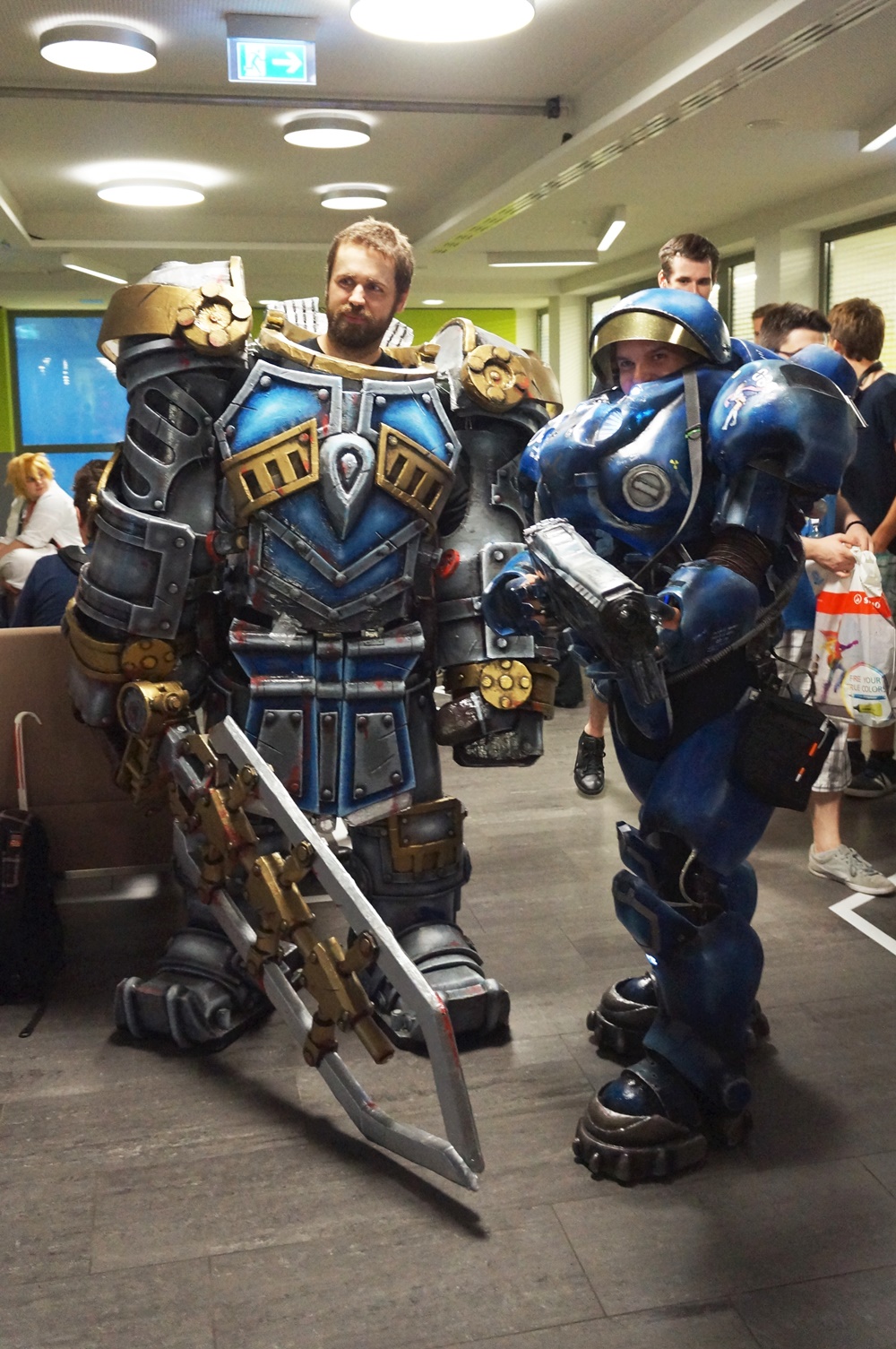 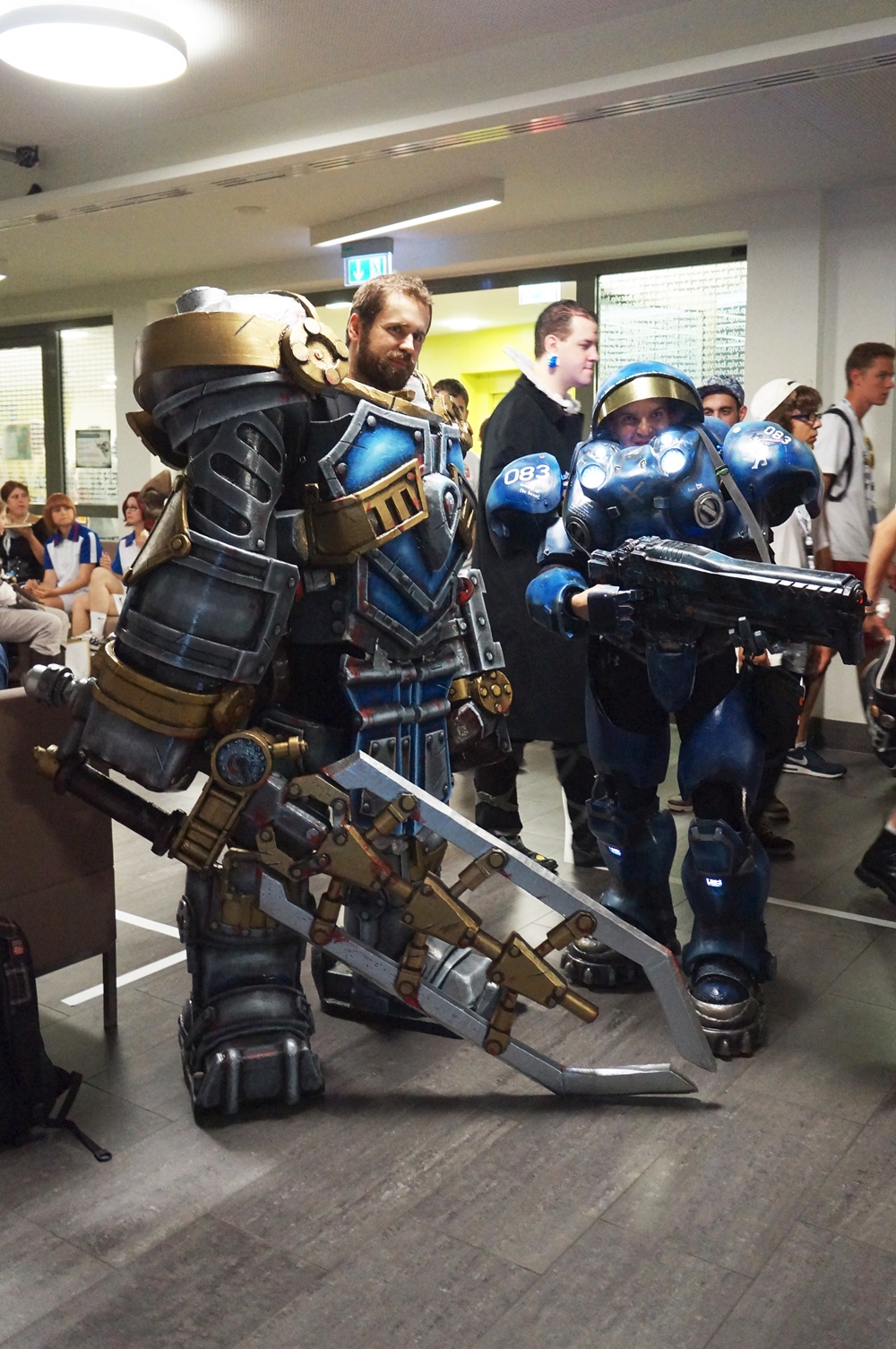 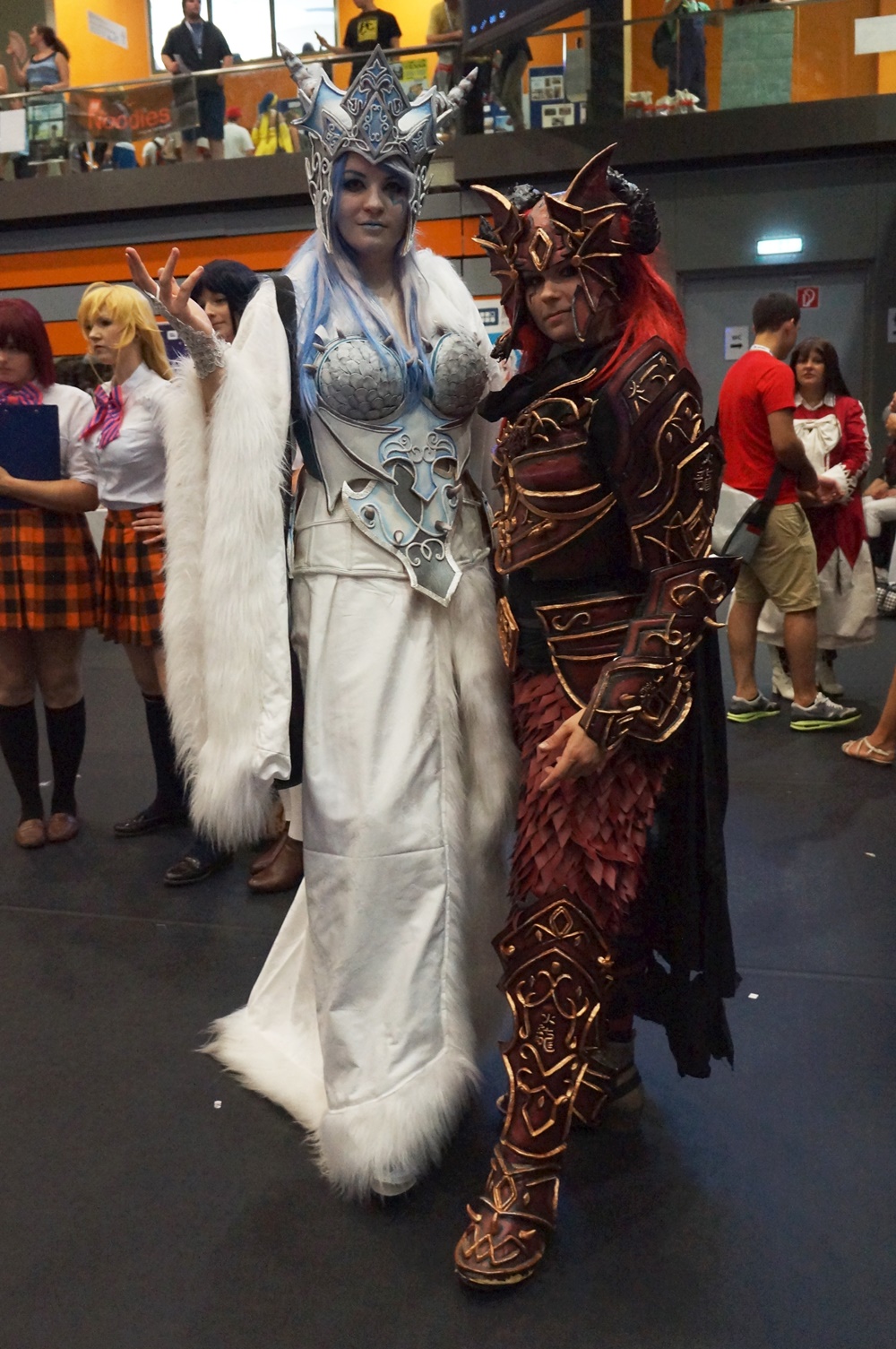 All in all I have mixed feelings about this convention. I always loved and enjoyed going to the AniNite, it was one of my favorite events each year and I was always looking forward to it, but maybe it’s because I’ve gotten old, but I was really underwhelmed by the whole organization. I think it’s so sad. I know that many people really enjoyed it, but I just couldn’t as I did before until last year. There really wasn’t anything new, the star guests were not really what you are expecting from the BIGGEST anime convention in Vienna, and to us everything seemed kind of like they didn’t even try to make it better (the people buy the tickets anyway, hahahahaha). The gaming room was the same as the last two years. Really stuffy and hot, without much space to stand or even sit down. At least they had some old working Nintendo consoles, like NES, SNES and a N64 to play with, which I thought was rather cool. And there was a small XBOX area in the main hall as well, so it was a bit bigger than last year. Last but not least, the official website was down for the entire Saturday and Sunday…

I’m really considering not going next year and instead maybe going to the Nippon Nation if there is one in 2016, or going on another day than Saturday, which is the most crowded day of the three as far as I can tell. If it’s just about the shopping, eating and looking at great costumes maybe there are other alternatives. It’s nice that they want to keep the ticket prices low, so that everyone could afford them, but I’d rather pay five or ten euro (or whatever it takes) more to have a better location (for the mass of people) and a better program.

And now we also have our own real annual Vienna Comic Con here starting this November, for which we already have weekend tickets for Saturday and Sunday :), and I’m soooooooo excited for it!!!

And a quick selfie on our way home. 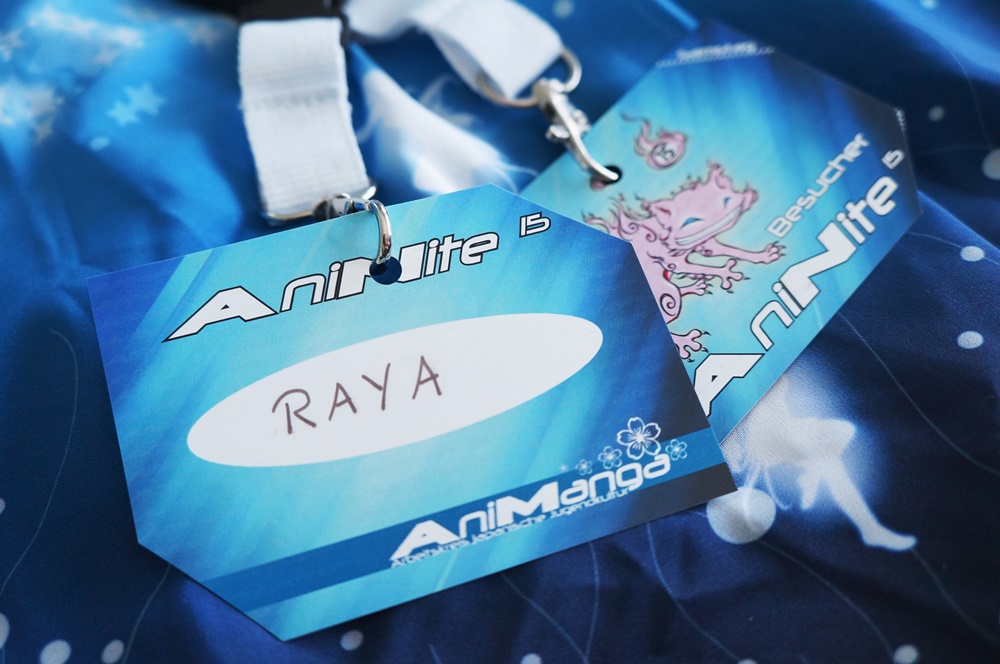 Now let me show you what we bought this year. It wasn’t as much as normal, but with me not working at the moment we have save money where we can. 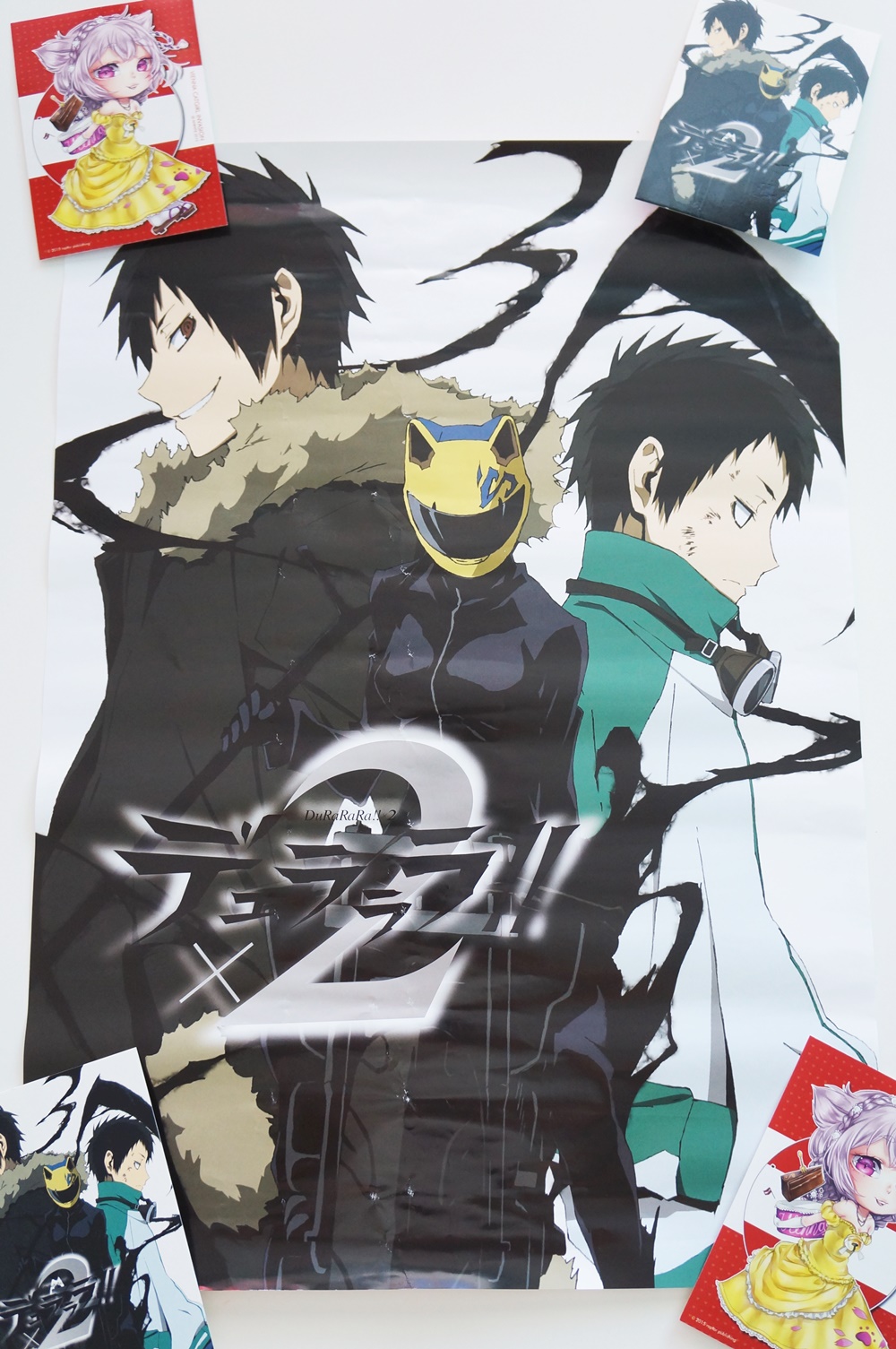 These were for free. Some postcards and the Durarara!! Poster Tom got from Peppermint Anime (even if he missed all his shots with the Nerf gun). 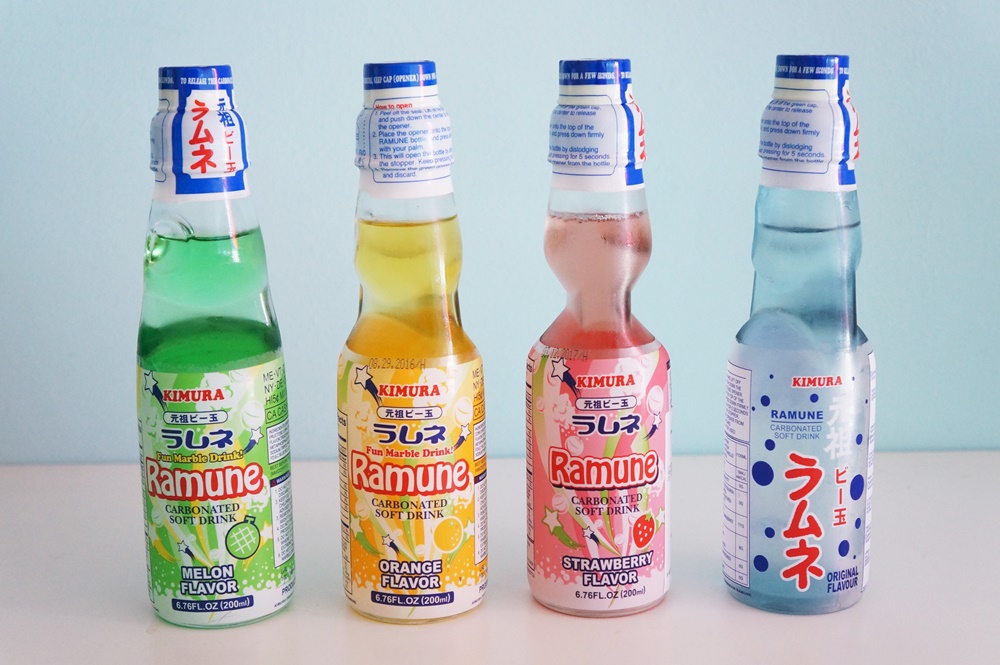 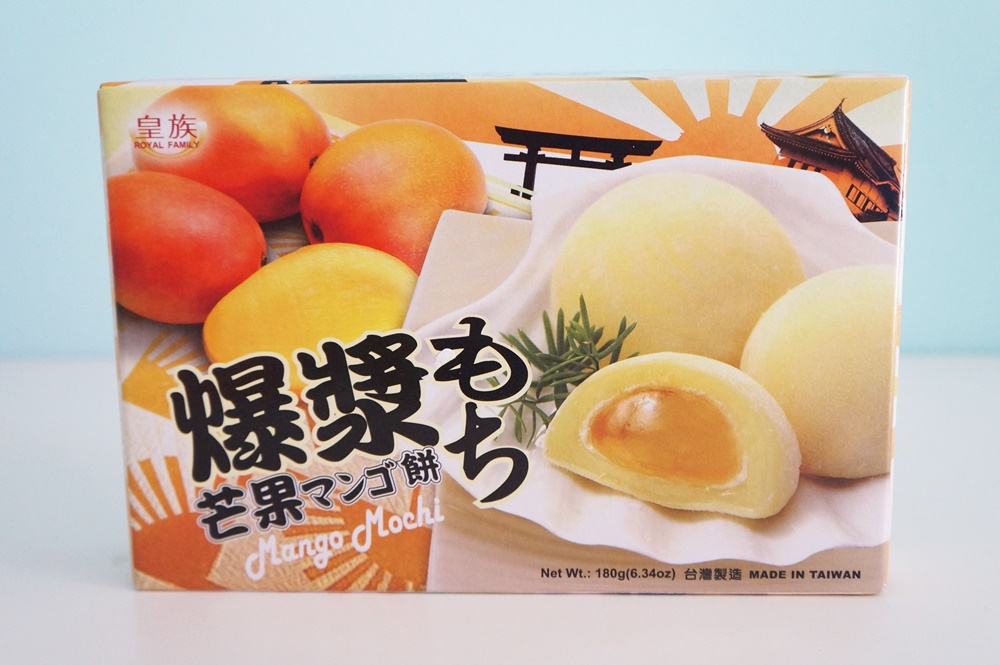 Some Mango Mochi from Taiwan. There are six pieces inside the box. I found them pretty tasty but Tom didn’t like his. 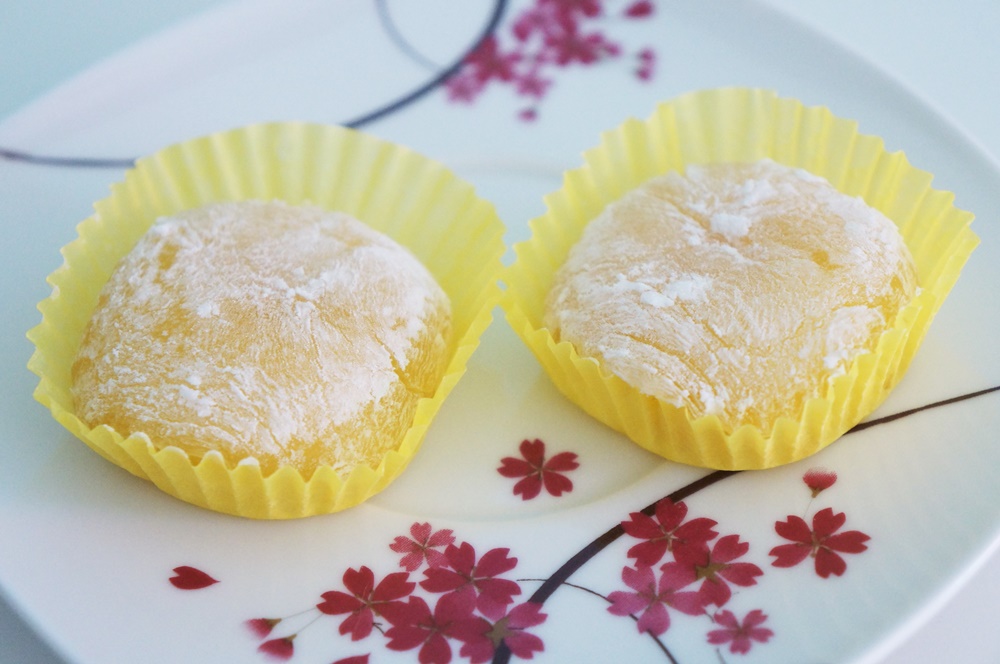 The first time I ate Mochi some years ago I didn’t like them at all. The taste was strange and the texture even more. But gradually I came to like them. 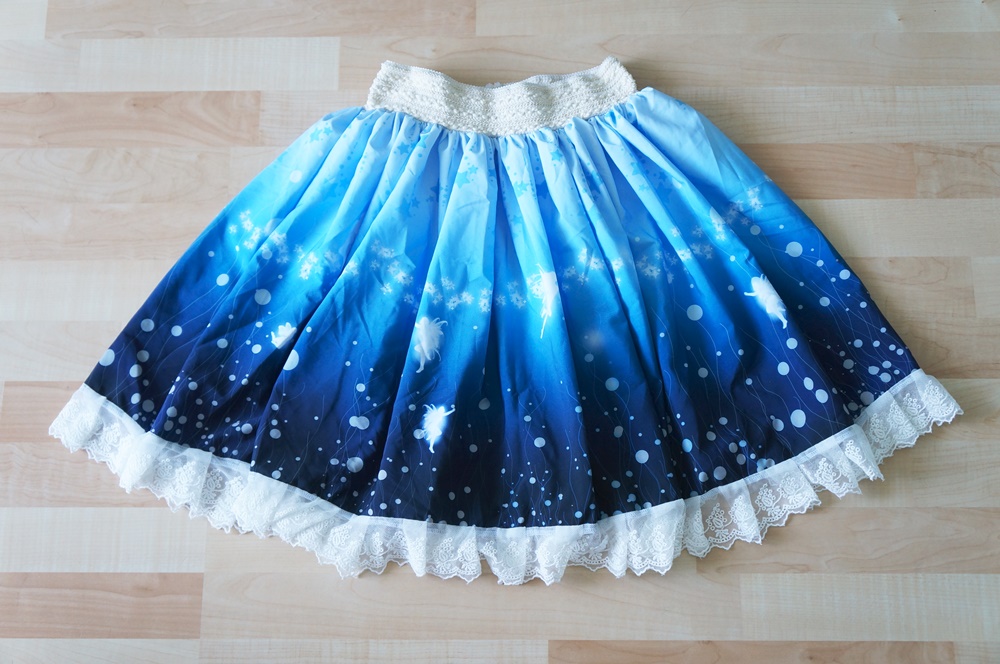 And then I bought this Lolita skirt for €35 from a stand with a really nice asian girl. Tom said that he finds the skirt cute, and if he likes a skirt like this for once, you have to seize the chance and buy it before he changes his mind. The skirt has a really cute fairy and star print on a light blue to dark blue fading background with white lace. The quality is quite nice for €35. 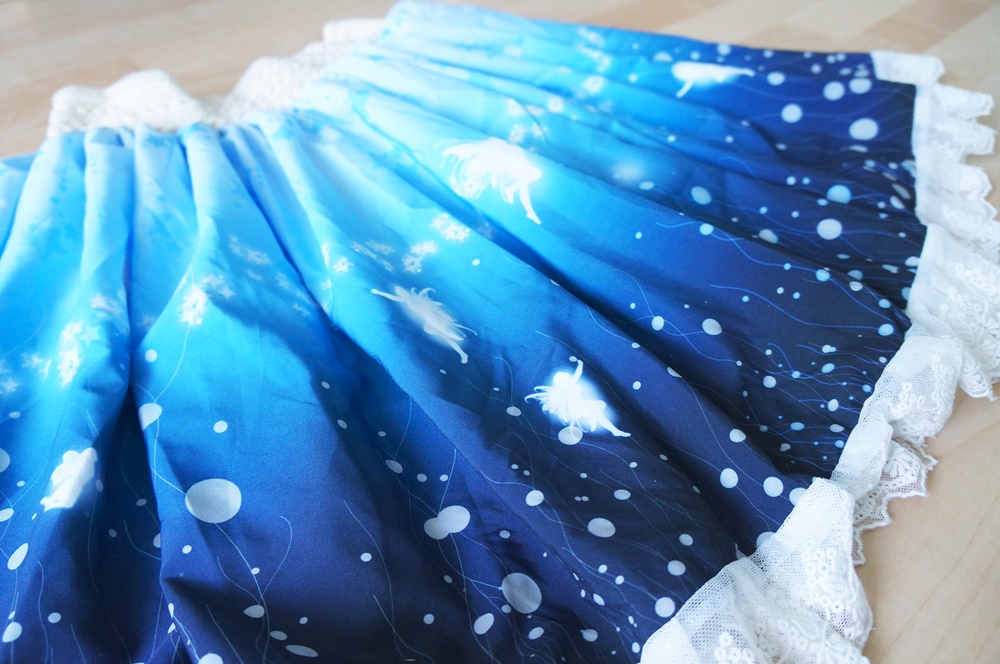 I tried to find out more about this skirt and the brand and I found a picture of it on Milanoo XD. When I deepened my research I found two japanese webshops (one on Rakuten and another one) offering it under the brand name of 「LOLITA ALICE」, which seems more trustworthy (also because of the consistency of photos). As you can see it looks directly like on the website, so I think it’s the real deal. Maybe someone of you knows more about this skirt or brand and can give me some more information or at least confirm my theory. Would be really cool, if this is indeed a skirt from Japan.

That’s all for today. The next event would be the Game City, but we don’t know if we’ll be attending it this year, but let’s see.

Have a nice day everyone!