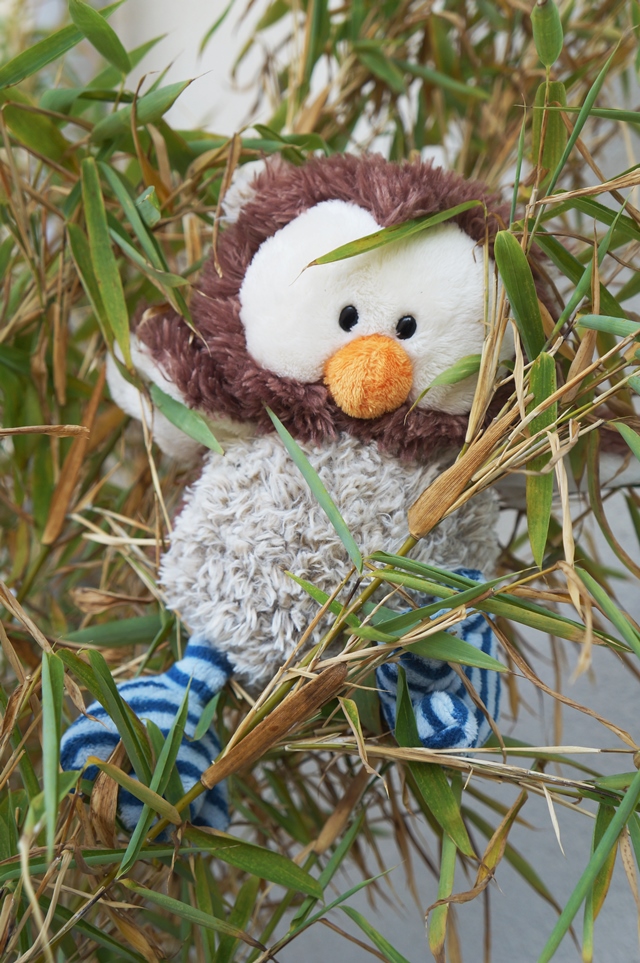 Posted at 20:13h in Collectibles by Raya 0 Comments
Share

Yay, I got two brand new NICI plushies: Oscar Owl and the new spider from Moonville: I really love the striped fabric they used for the feet. It looks like he’s wearing some cute striped socks. You can also turn his head right around like real owls do, but it looks a little bit painful for him.

I named him Archimedes like the grumpy owl in the old Disney movie “The Sword in the Stone” (Die Hexe und der Zauberer/Merlin und Mim). Oh how I love this movie. We watched it again not that long ago on Disney Channel. If you haven’t seen it yet, you should definitely do it! And this is this year’s NICI spider from the Moonville/Halloween collection. It’s really fuzzy and I like the big eyes. I really haven’t decided on a name for him yet…

I was thinking about putting him on a headband and wear it for Halloween. Well there’s still some time until then, but I have to think of a good outfit for Halloween soon. Time goes by so fast and before you really realized it another year is over.

I tried to take some photos with both of them in my bamboo outside, but with the hot summer and the recent wasp invasion it looks a bit tattered >.<… This one picture came out pretty good, but most of the time the plushies just wouldn’t stay on the thin bamboo canes.

I hope it’ll regain his old glory again, now that it’s slowly getting colder outside. He survived the last winter, so I hope for the best!