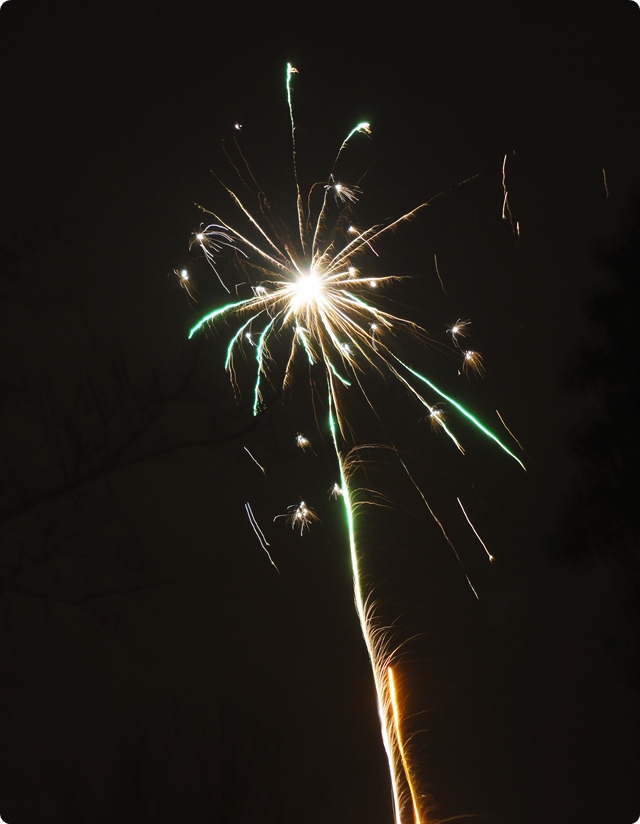 Happy New Year to everyone! I know I’m late, but better late than never!

As I already mentioned before, I’ve been to Hannover/Hanover, Germany for New Year together with Tom to visit my family. While Christmas is THE family holiday of the year for many families, for my family it’s definitely New Year’s Eve.

It was so nice to finally see everyone again after such a long time. Also my godmother came around on New Year and my sister’s boyfriend from Switzerland was there for the holidays. We bought a delicious Sachertorte at Vienna Airport. Unfortunately it was not the original Sachertorte from Café Sacher, but it also came in a wooden box, and it just tasted alike. It was really cool that we were 8 poeple, so everyone could easily get exactly 1/8 of it. On New Year’s Eve we had a tasty buffet of bread and baguettes, a delicious greek summer salad, garnished eggs and Tom also prepared some hot food for us. We had some mushrooms, bacon bits, gyros, chicken strips and also small Nürnberger and Berner sausages. Like every year (since 1999 or 2000?) we create a New Year’s poster with current things we like and that formed the last year. you can check out or former posters here on Flickr.

The fireworks were so pretty again. Luckily it was pretty warm outside (at least for that time of the year). We had around 9° to 12° Celsius, so we could stay some time outside to watch the fireworks. I was even able to take a few pretty good shots as you can see I never make any New Year’s resolutions. If I want to change or do something I just start whenever I like. I also don’t see any neccessity in having to change just because it’s a new year. In the end everything still stays the same.

How do you celebrate New Year’s Eve? Have you made any New Year’s resolutions for 2013?